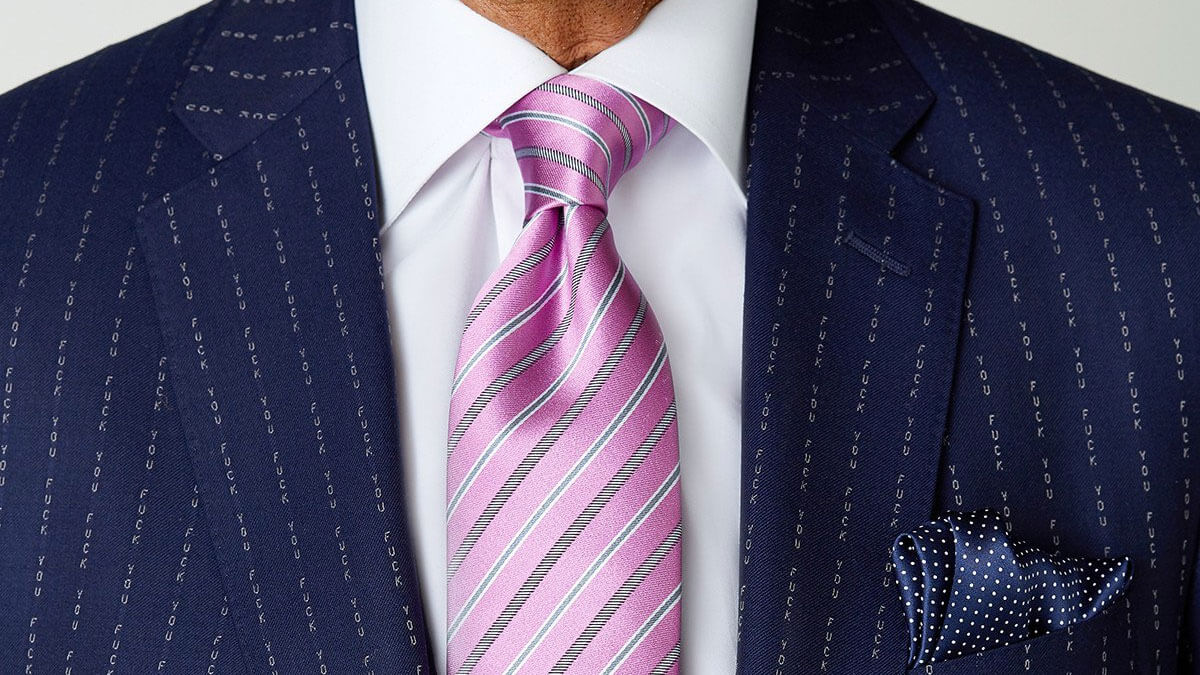 I don't know how long the rest of the world will remember the Conor McGregor vs. Floyd Mayweather fight after it's over, but anyone who drops $6,500 on a David August Fuck You pinstripe suit like the one McGregor wore to their first joint media spectacle will surely hold the face-off close to his heart - and across his chest and back, and up and down his arms and legs - for a lifetime.

David August originally made the 3-piece wool suit, pinstriped in a sans-serifed, all-capped "Fuck You" on repeat, as a special order for McGregor. But its message resonated so deeply with fans that the luxury tailor decided to release a limited edition Eff You Suit for anyone else jonesing to drive their point home. Boss presenting your ideas as his own at the next all-hands meeting? Get a wedding invitation from the ex who broke your heart...when she left you for your cousin? Going to the Mayweather-McGregor fight, and just want to show off your fanboydom?

If you're looking for a less expensive, albeit less classy way than a 3-piece suit, way to send someone a giant Fuck You, check out the Go F Yourself Condom Card.

Which would you rather add to your survival kit: paracord, which has myriad uses; or a knuckle duster, which really has only one? Aw, dude, don't ask me that I can't decide! The paracord, the knuckle duster, I just...it's...it's...