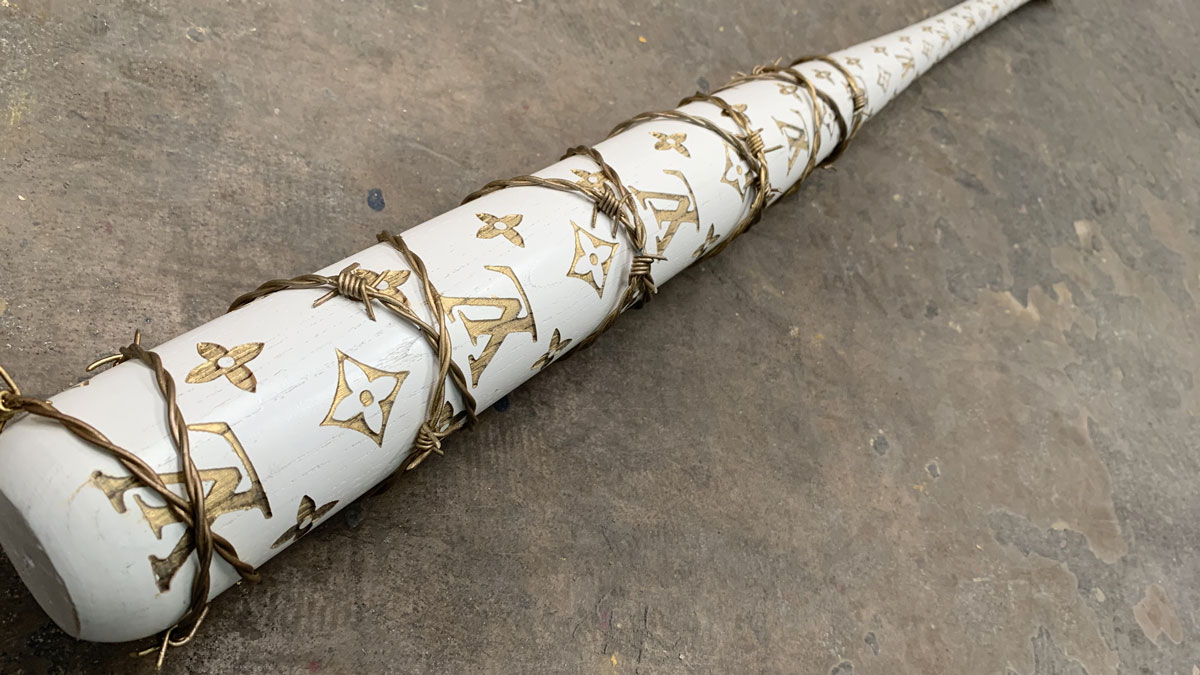 $250
from Primal Concepts »
Check It Out

Primal Concepts may be behind the Louis Vuitton Slugger, but this high fashion piece of self defense moves way past a primal concept, right into the 2020 arsenal of Harley Quinn. Or more probably, the Instagram feeds of, like, Cardi B and Kylie Jenner.

Though not an official piece of Louis Vuitton merchandise - hence the absence of 2 zeros from the end of the bats' price tag - Primal Concepts does a commendable job of capturing the designer's iconic aesthetic, with all-over Louis Vuitton initial and symbol monogramming running the length of the slugger. The designer spirit is there too, intertwined like barbed wire with Primal Concepts' own: the company says, "If looks could kill these bats would be a crime."

While not a complete build your own survival bat like some of Primal Concepts' other offerings, the Louis Vuitton Slugger does come with some customization options, including a choice of bat and monogram color.

With these hand-carved personalized baseball bats, you can make damn sure anyone trying to break into your house knows it was Darryl - or Michael, or Cornelius, or Jennifer - who whacked him upside the head...

Australian bladesmith and functional artist Ant Richards created the Crow Peck Scalpel as a tribute to, and partial transformation of, the classic No. 11 Scalpel "used by design creatives the world over." His version...

These mini Photoshop keyboards are plug-and-play collections of shortcuts for some of the most common tools and actions Photoshop users click-click-click their mouse to call up. Anyone who deals with the application regularly...

I think I want to get permanently inked with: a pair of pliers; a pirate ship; a snarling grizzly bear; and a soft-serve ice cream cone, but I'd like to test drive them for a couple days before finalizing the decision...

Fresh Pawz doesn't just call itself the official streetwear brand for dogs, they've trademarked the term. Because if you're going to call yourself street, you better do it legit...

Red and yellow make...10 a.m.! Screwdriver, anyone? And red and blue make...5 o'clock. Who wants a happy hour Purple Hooter? Yellow and blue? It's midnight! Bring on the absinthe. The Color Wheel Watch mixes things up...