Problem or Concern?
$599.99
from Sideshow Collectibles »
Check It Out

After I saw Jurassic Park as a kid, I thought Dr. Ian Malcolm, and by proxy Jeff Goldblum, was The Man. Then I saw him on Hot Ones last season, eating vegan chicken wings and talking about how his voice doctor said he really shouldn't be ingesting spicy food or some malarkey, and I was like, "This dude is a Hollywood Princess." But. I still like what Sideshow Collectibles has done here with their Dr. Ian Malcolm statue.

Oh you remember this scene. Even the non-ladies amongst you. Malcolm goes from attacked by a T-Rex to recovering like Burt Reynolds on a bearskin rug in 2 scenes flat. 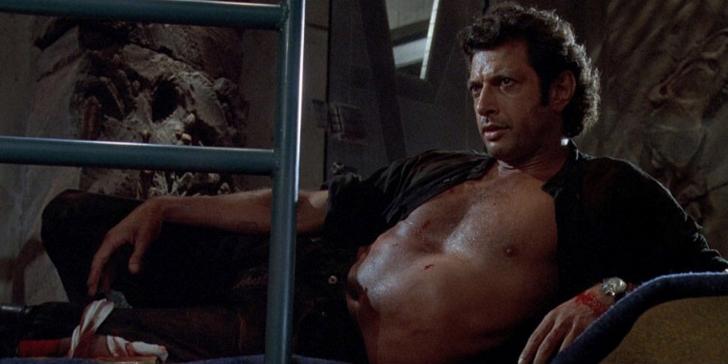 At printing the Ian Malcolm statue was available for pre-order. It is an officially licensed piece of Jurassic Park merchandise.

Mutant Turds, Chewkaka, and Harry Plopper at your service. Er, more like at your shitter. It's easy to describe Hangrees - they're parody figures that poop slime in the likeness of various pop culture darlings. Colorful...

An 8" Darth Vader, a 4" Yoda, an imposing diorama of Luke fighting the Rancor in Jabba's pit - these are just a few icons of Star Wars immortalized in pewter for Royal Selangor's Star Wars series of pewter figurines...

With their Untamed T-Rex interactive dinosaur toys, Fingerlings has finally mastered the gift for your kid that is also a gift for yourself. And don't forget to collect all 4 to display on your desktop his nightstand!...