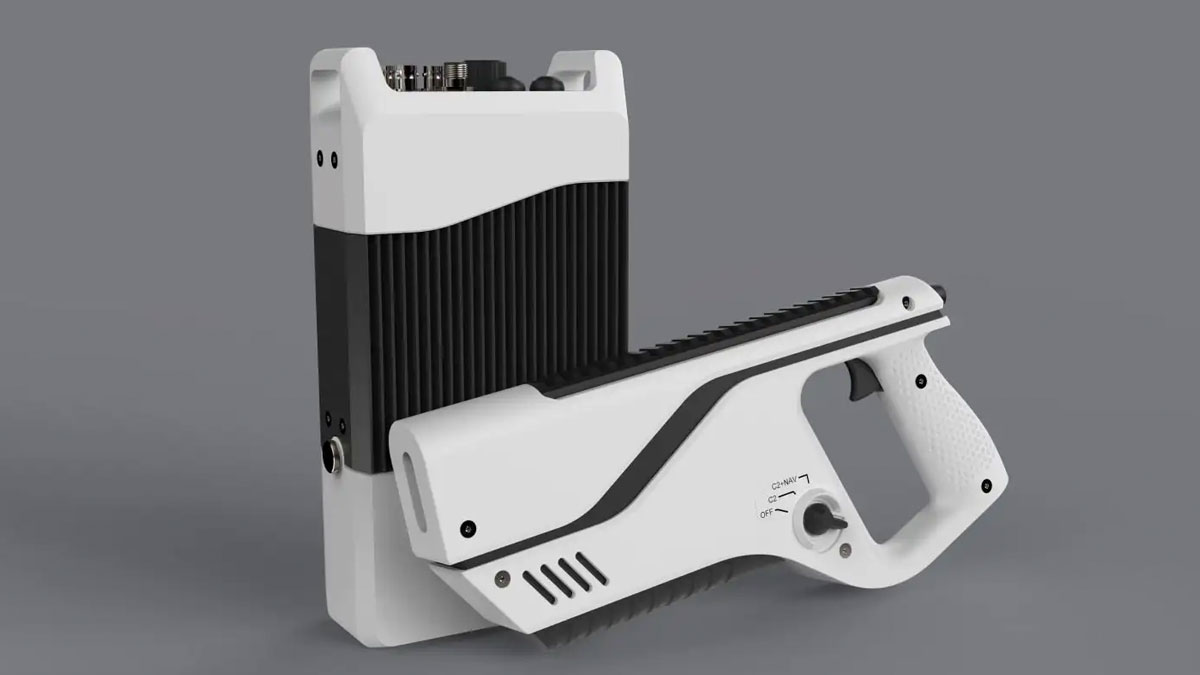 Functionally, the Paladyne E1000MP has a range of up to 1km. Drone Defence says, "If you can see the drone then you can stop it." When you're ready to jam, activating the pistol sends a signal that block's the drone's vital operations, either sending it back to its location of origin, forcing it to land, or sending it drifting decommissioned away.

Paladyne E1000MP operators can also control the specific drone channels they want to jam so, for example, they deliberately activate the "Return to Home" function and follow the drone back to its pilot.

Looks like tech that autonomously follows its owner around could be the next trend in Stuff You Can't Believe Is Real. Well, maybe not entirely autonomously. Like the HEXO+ and Double the roaming robotic iPad

Are you sick of real estate agents getting aerial footage of new listings in your area? Drone Shield has you covered. Finally a safe way to bring down those quadcopters from the sky without having to fire a single shot...