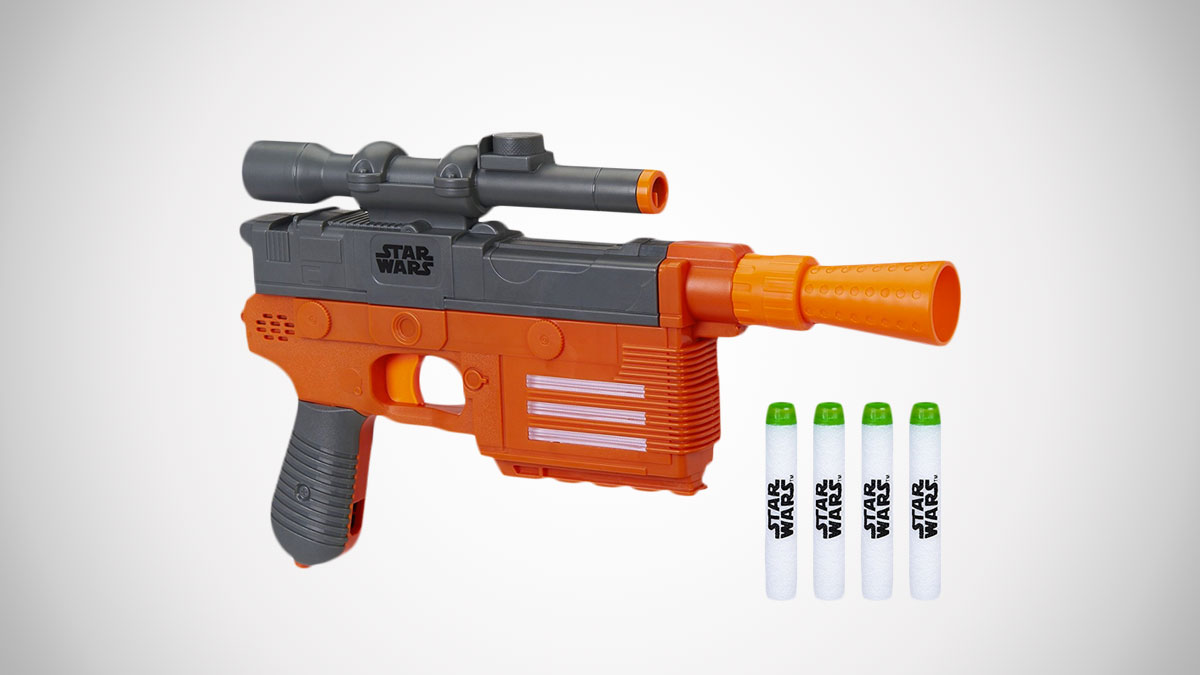 Nerf has fitted the Han Solo Blaster with GlowStrike technology, which charges the sidearm's foam darts to make them glow with galactic plasma when fired, and is admittedly pretty cool. The blaster's internal clip holds the 4 included darts, which Han wannabes can access by pulling the scope back to load, and then pushing it forward to prime and turn on the GlowStrike charger.

The Han Solo Blaster has additional lighting effects as well, along with laser blast sound effects. Nerf darts fire up to 70'.