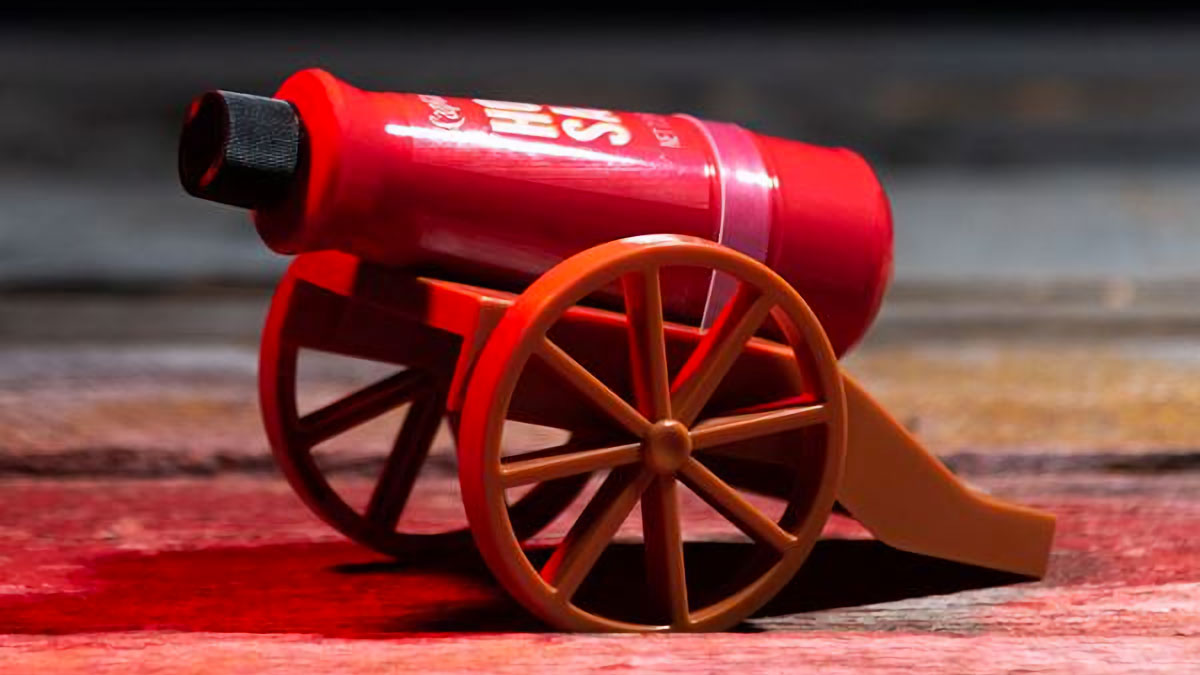 So...I guess Captain Morgan makes hot sauce? And...decided to attach the bottle to a mock cannon so you can, like, roll out, and fire off the spice at mealtime? Are rum and hot sauce even a thing?

I guess at least in the sense that the Captain likes his rum spiced.

The Captain Morgan brand hot sauce comes in a clever cannon-barrel-shaped bottle, which secures to a matching cannon stand via a less clever white plastic band. And that's about it. Aside from the moving wheels, Captain Morgan hasn't done much to make their Hot Sauce Cannon a very desirable purchase, even as a novelty gift.

I would have integrated the sauce and stand, and added a tamper-lever mechanism, the former inside the bottle and the latter on top. You'd pull the lever to push the tamper forward and make the hot sauce squirt on the front. Aim and trajectory would be tricky, but hey, who doesn't like a little hot sauce on the gut or in the eye every now and then? It could be a new kind of hot sauce challenge - shoot the Captain Morgan onto food surfaces of varying degrees of difficulty. Bowl of chili would be Level 1, chicken wing Level 5, and hardshell taco Level 10.