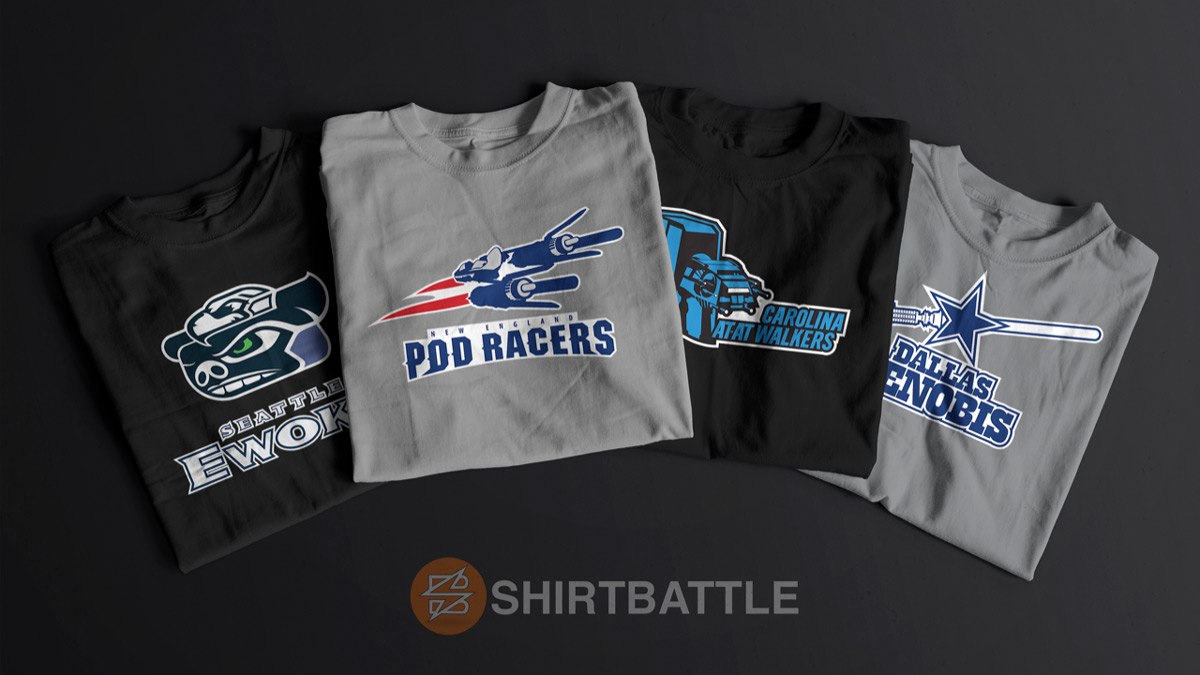 Sold Out from Shirt Battle »
Check It Out

Shirt Battle's NFL-Star Wars Mashup T-Shirts are making me question everything I've ever known! I don't like the Atlanta Falcons, but...the Atlanta Millennium Falcons? And the Dallas Cowboys can suck it, but the Dallas Kenobis? Argh. May the Force be with them both.

These crafty combos of America's favorite sport and America's favorite film both boggle my mind and make a me a little giddy. Artist Steven Klock designed the T-shirts transforming all 32 NFL teams into members of the National Intergalactic League, with representation from both the Dark Side and the Light. Star Wars characters, beasts, war machines, and other icons meld into NFL team logos, with some playing on the team name (New York Jedis, Seattle Ewoks, Tusken Raiders) and others on their logo design (New Orleans Squadrons, Los Angeles Starfighters.)

All of the Shirt Battle NFL-Star Wars Mashup T-Shirts are available for a limited time here.

So what exactly is a Shirt Battle? Each week Shirt Battle hosts a contest between 2 different T-shirt designs. The shirt that sells best wins the battle, and gets a feature in Shirt Battle's newsletter and social media. If a shirt series does particularly well, as the NFL-Star Wars mashups have, it will move to Shirt Battle's "In Stock" section, with availability continuing until the run sells out.