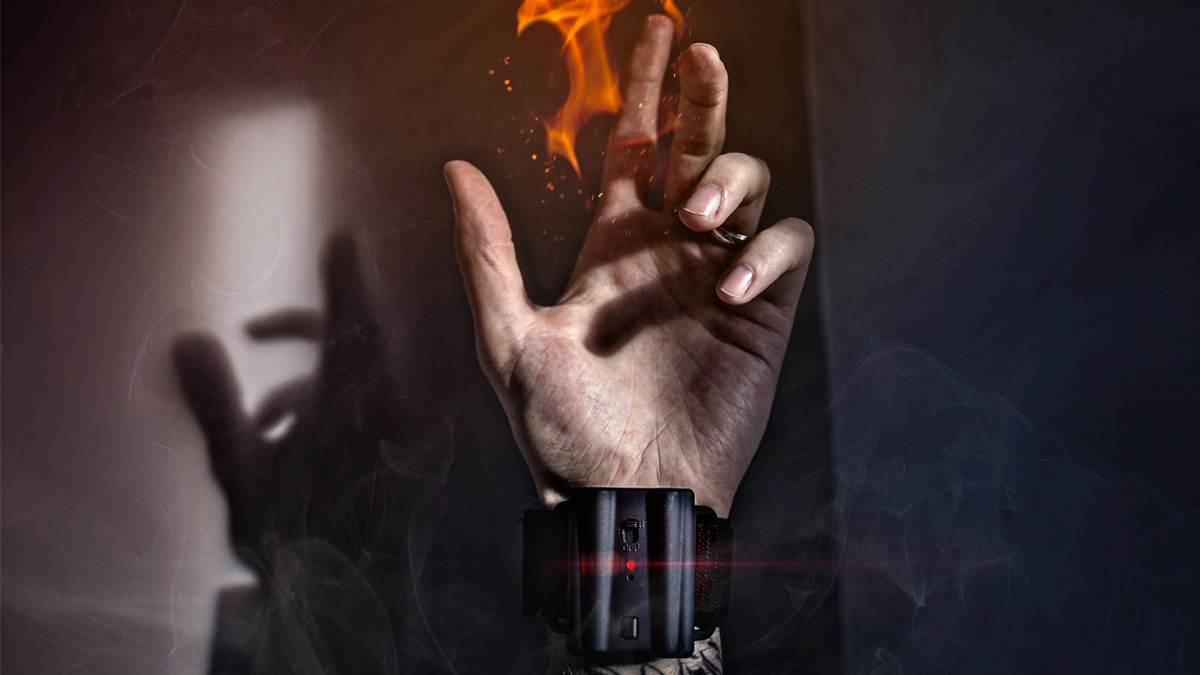 If the Fire Flowers aren't popping up in your neighborhood this year, Ellusionist magician Adam Wilber has another little something that will help you launch fireballs from your empty hands. The Pyro Mini is an open-palm fireshooter, and a sleek, compact, upgraded version of the original flame roller Wilber developed in 2014. See it in action, and then get in on the action, here.

The double-barreled Pyro Mini has been streamlined for easy and, when treated responsibly, safe use. Fireball kindling comes in Flash Packs, a treated tissue paper that burns super fast and disappears just as quick. At 50% smaller than the original Pyro, the Pyro Mini can ignite and eject its flame spheres without drawing attention to the wrist unit itself. No bulk, no awkwardness, no clues given about the badass source of your badass sorcery.

The Pyro Mini device has a built-in trigger on the top for fireball release, as well as a remote trigger and antenna if you want the little dudes to look like they're coming out of, say, your Satan's Blood chili instead of your hands. Pyros are USB-rechargeable, and can fire 600+ balls per charge.

But the best Pyro Easter Egg is probably its Burst Fire feature. Hold the remote or trigger down for a few seconds and turn your unleashed mono-ball of fire into a tag team. Two great balls of fire!

I'm not a science geek--and by that I mean I'm not smart enough to be a science geek--but for those of you who are, give the magicians behind Polymagnets about 10 minutes, and they will blow your minds...

Gambling. Drinking. Breaking the law. Three favorite vices rolled into one boxed cocktail. With a lemon twist of magic. Ellusionist has put together 6 American classics from one of our most scandalous eras in history...

Grimoires are books of magic. Recipes for cooking up spells, crafting talismans, and calling forth angels and demons. The pages of a grimoire can protect the secrets of witches and wizards, binding them in leather and...