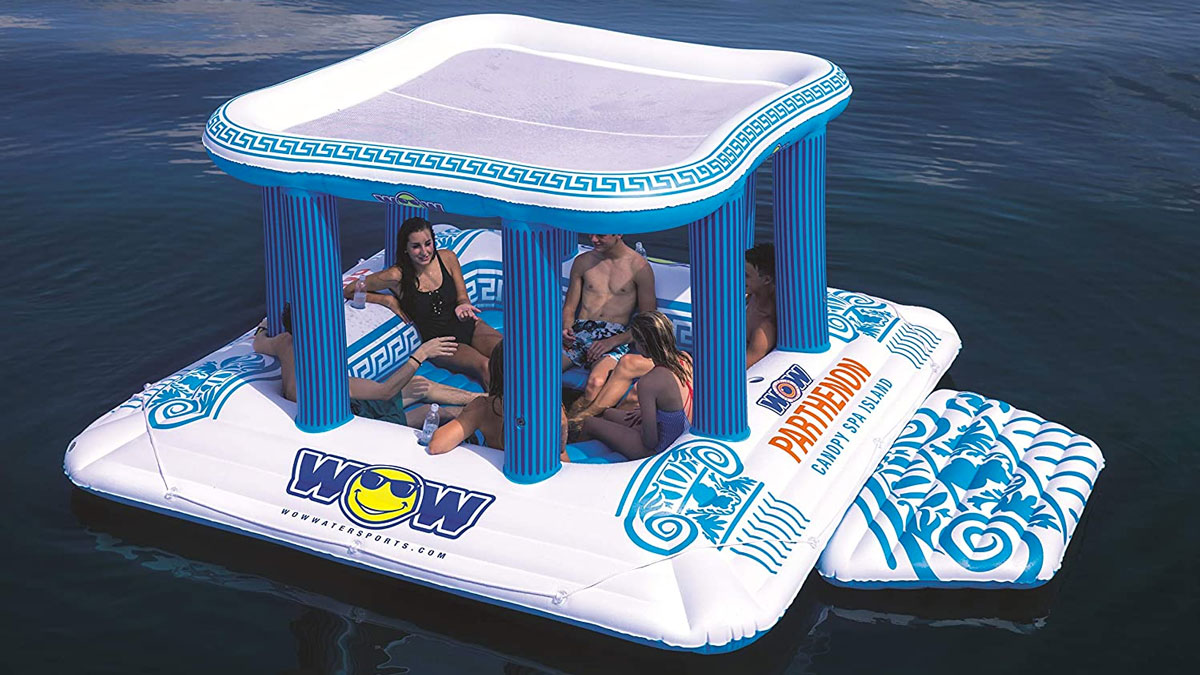 It can, however, hold up to 8 lazing loungers in togas, or 4 loungers and 4 losers of a bet tasked with fanning and feeding them grapes.

The Parthenon's canopy is made of mesh, and it also features a large center cutout for foot soaks, 8 cup holders, and a boarding platform.

Lazy afternoon in the hammock meets float trip with a coupla coolers of beer and 3 of your best friends. Grab the Bud Light Lime, call Cornelius, Victor, and TJ, and prepare to launch the Hammocraft...