SPIN - A Spinning Flame in a Glass Tube 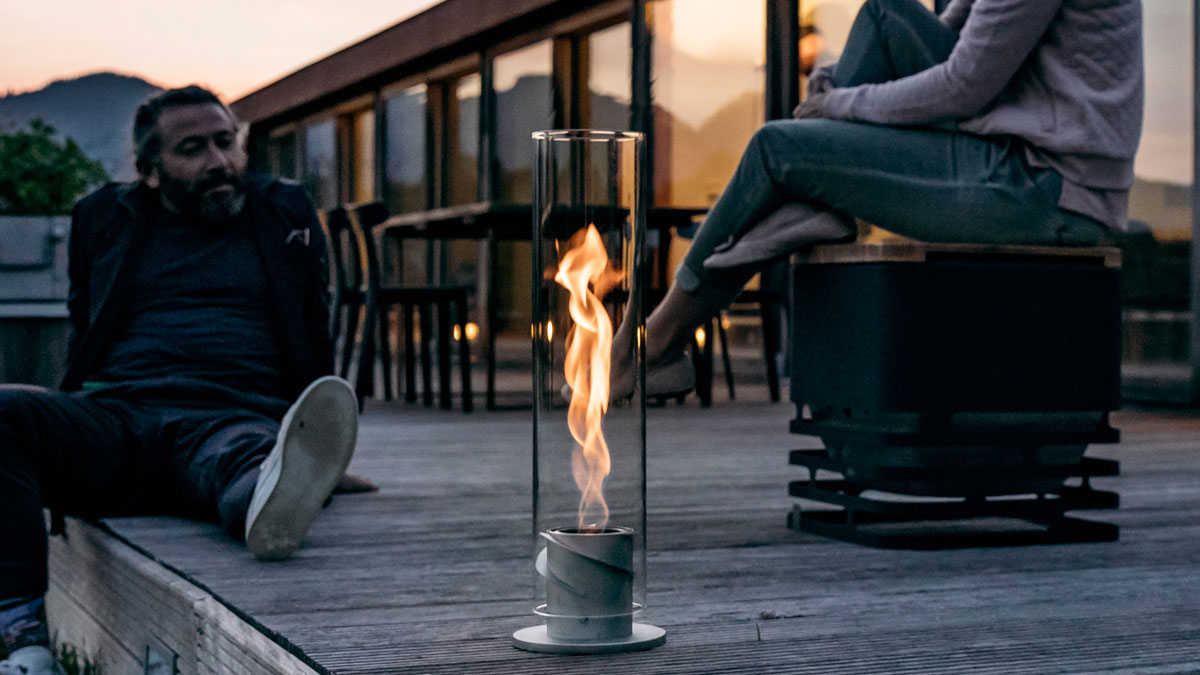 You've seem flames flicker, and maybe even dance, but have you seen them SPIN? 'Round and 'round for hours, no barf bag needed, the SPIN is a new combo table fire, lantern, and garden torch from Hofats whose cylindrical cover turns it into a flaming tornado as it burns.

Insert a gel can of bioethanol in the SPIN footing, light it, and the put the borosilicate glass cylinder over the top. A trio of guide plates are built in to create a rotational flow of air before it reaches the flame, and the thermal lift of the flame itself builds on this motion. The chimney effect of of the SPIN tube boosts the flow by up to 500%, and the torch's visuals by whatever subjective percent you as viewer assign it.

If that number is 51% or more, you might be interested in the SPIN Kickstarter campaign, running through April 12, 2019. Backers will get introductory pricing on the fire tube, which can be used indoors or out, as well as options for displaying it, including a tabletop stand (the footing), an elevation stand to increase its height, and a ground spike for planting Tiki-style in the back yard.

A little floating fire with a bioethanol flame blazing from a stone center. That sounds...well, it actually sounds about as safe as candles, incense, and tabletop fireplaces. And since the Myconos Levitating Firestone...

You can't slip Zippo's FireFast Bellows into your pocket like this little blow-it fire starter, but then again, the FireFast Bellows isn't for little fires. And as its name suggests, the Zippo brand of flame stoker doesn't...

Sold Out The Boring Company »

In a way, AFO makes a fireball you can sling at your enemies to fight them off. But here your enemies won't be Goombas or Sagat, they'll be the flaming tongues of a stove fire or tipped-over candle, and your fireball...