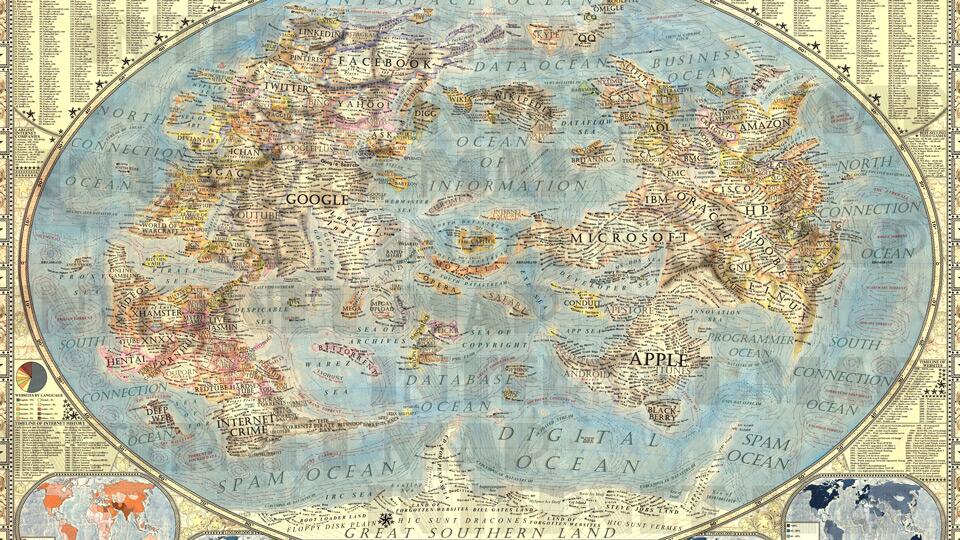 Jay Simons and Martin Vargic: students; graphic designers; Slovakians; Internet cartographers. If the Web were divided into land masses, grouped along lines of latitude and meridians and flattened into a map on your desk, what would it look like? Map of the Internet 1.0 is Simons' and Vargic's first (but far from final) exploration of the Internet as a physical world.

Map of the Internet 1.0 also includes 4 mini-maps along its bottom edge showcasing NSA surveillance by country, the most used social networks, the most used Internet browsers, and worldwide Internet penetration by country. As their reference for Website selection and size, Simons and Vargic relied predominantly on the list of Alexa Top 500 Websites.