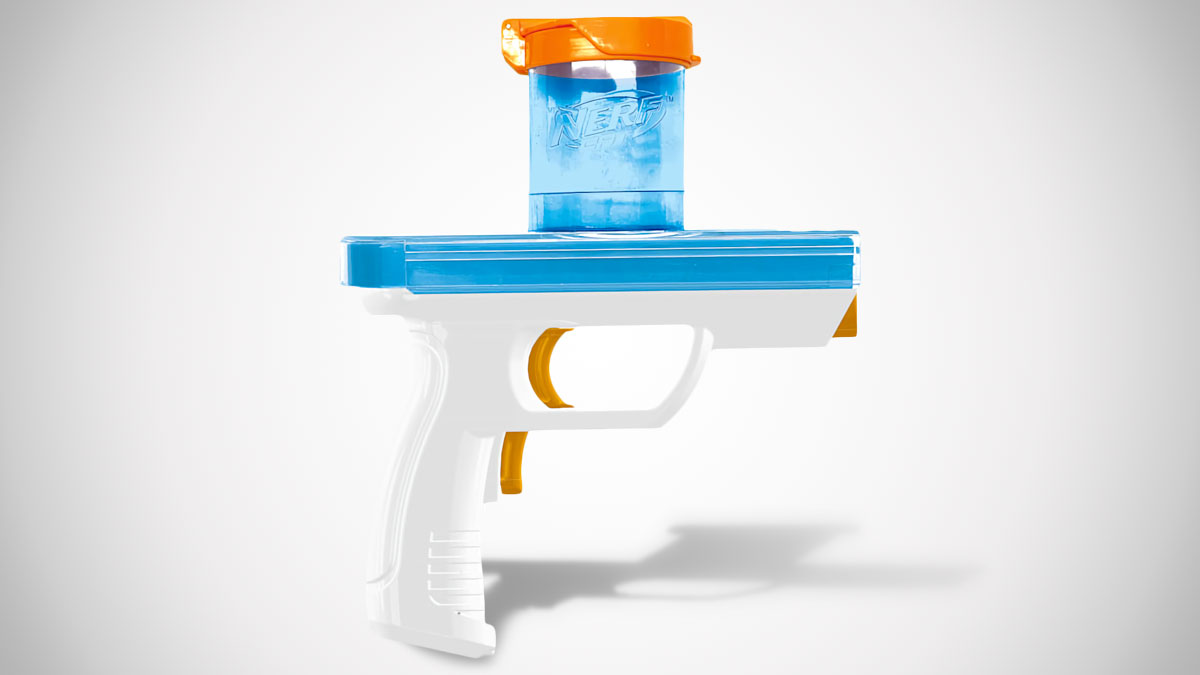 Hey, I'm all for antagonizing cats, especially my own feline arch nemesis, Zanzibar, but calling the Nerf Catnip Disc Blaster a cat "toy"? Dudes, check out those catnip discs. Two inches in diameter, and made of what appears to be catnip-laced polyethylene, or whatever the rock hard plastic they also used to make my kitchen cutting board. Now I don't know if that's the catnip discs' true composition or not, it's probably not, but my point is, the Nerf Catnip Disc Blaster looks to blast discs not made of foam, but some compound that could give your cat a serious head injury if one struck home.

Good thing the blaster also has a built-in laser pointer so you can aim it away from your kitty as you shoot.

Oh wait. A laser pointer the cat will immediately chase after and try to pounce on, thus putting him or herself in the direct line of fire. Dang.

My cat may be enemy #1 in my household, Nerf, but I don't hate him that much.

No, cat haters, Apollo Peak does not make wine out of cats. And, sorry pranksters, MosCATo is not a bottle of fermented grapes finished with cat pee that you can send anonymously to the nosy, loud-mouthed B from marketing...

Nothing beats a hearty laugh had at a cat's expense. Aw, come on. Unlike a cucumber, Moody Pet's Fling-Ama-String is great fun for the kitties too. The battery-operated toy looks a little like a strongman game, but instead...

Spoil your cat the same way you spoil your feet: with a nice, relaxing hammock under your desk or chair. Kitties get cozy and tucked away from the commotion of a human-infested home with the Cat Crib...