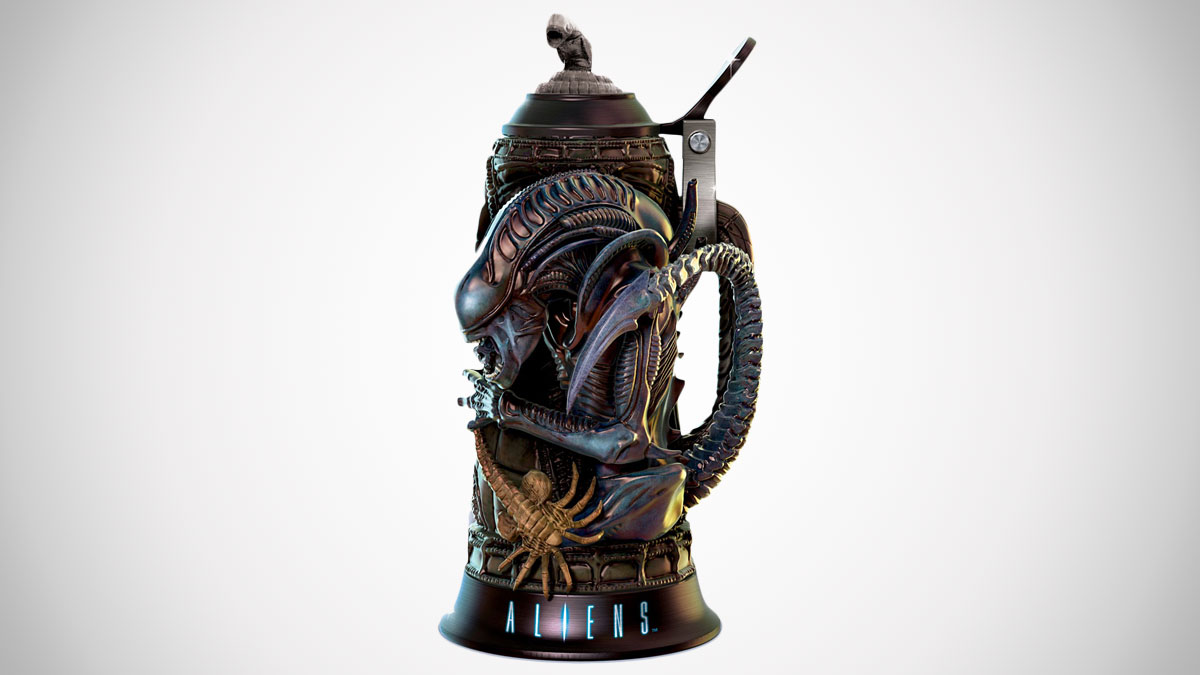 Well, maybe shots of whiskey out of a Doomed Skull. It's Level 3 Creepy seems like nothing now that the Aliens Four Stages of Fear Beer Stein has shown me a Level 10.

The Aliens Stein is as fancy as it is terrifying, made out of Heirloom Porcelain and hand-painted in foreboding dark (but also nicely iridescent) colors.

And the Minifig even looks exactly like Sigourney Weaver! OK, as much as I wanted the life-size Caterpillar Power Loader Dustin Kiska made, I find Ichiban Toys' LEGO version just as enticing and commendable in execution...

Well, maybe it's just called the "Hold Me" coat, but this bizarrre gem from Si Chan's fall collection of handsy fashion looks like a line of little green men flanking the zipper--and the wearer's torso--to me. Chan explains...

Mondo's Xenomorph Tiki Mugs are selling and going fast, having a 72-hour window on the black Hive mug's sales (ends Friday, March 3, 2017 at 12 noon CT) and a complete sellout on the limited edition (200) Acid Blood xenomorph...