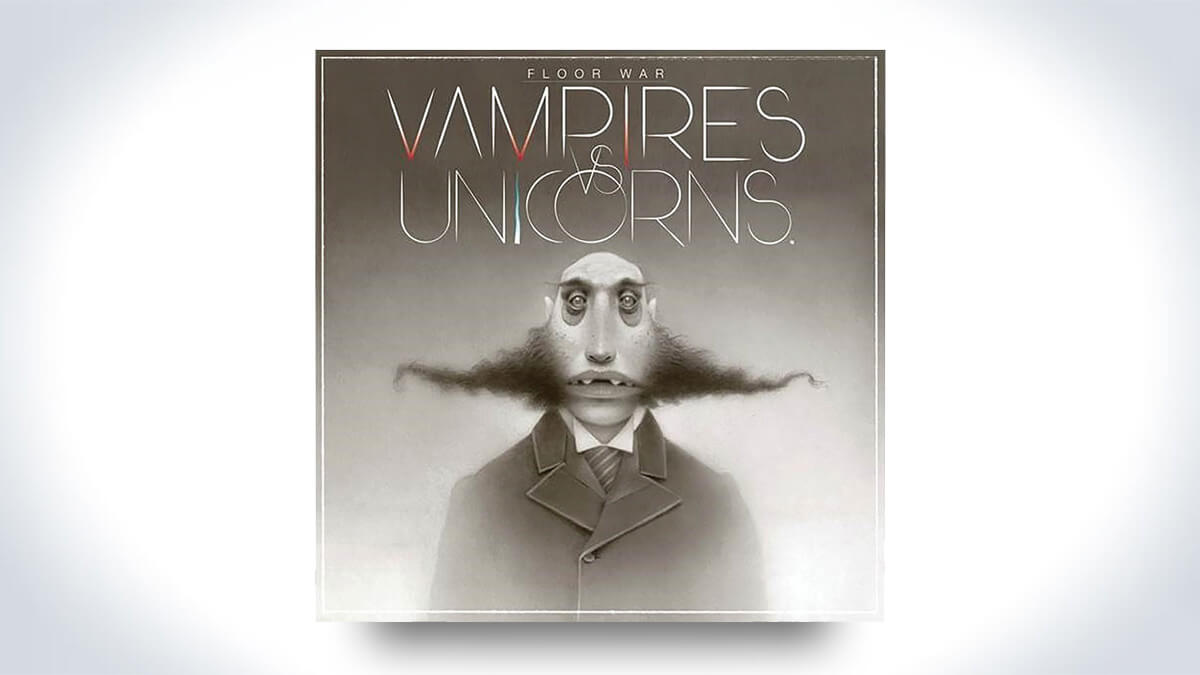 It's a new kind of War. A Floor War pitting vampires against unicorns in a new throwing card game from Yumfactory. The party-ready box set almost takes a jab at typical fantasy-themed board and card games, with its snooty, Awkward-Family-Photos-looking vamps, and obnoxious, Garbage-Pail-Kids-ready unis. But the cards' artwork is a handpainted collaboration between Travis Louie (vampires) and Travis Lampe (unicorns) that's as fun and hilarious to scroll through as Yumfactory says Vampires. Vs. Unicorns is to play.

Players (ages 15 and up recommended) choose sides - vampire or unicorn - and then draw from their deck and get throwing in an effort to destroy their opponent's floor tiles. Raise the dead, cause a stampede, and pit tooth against hoof.

Check All That Apply Cards

Business cards, like hand gestures, are great ways of communicating. A card reminds a new acquaintance of your name. A potential client of your job title. A hot chick of your phone number. And here, with the interactive...

Here's another idea that could have been mine if I had better ideas: laser-engraved business cards with USB drives. For storing resumes and cover letters. Portfolios of design work, writing, and music. Company sales pitches...