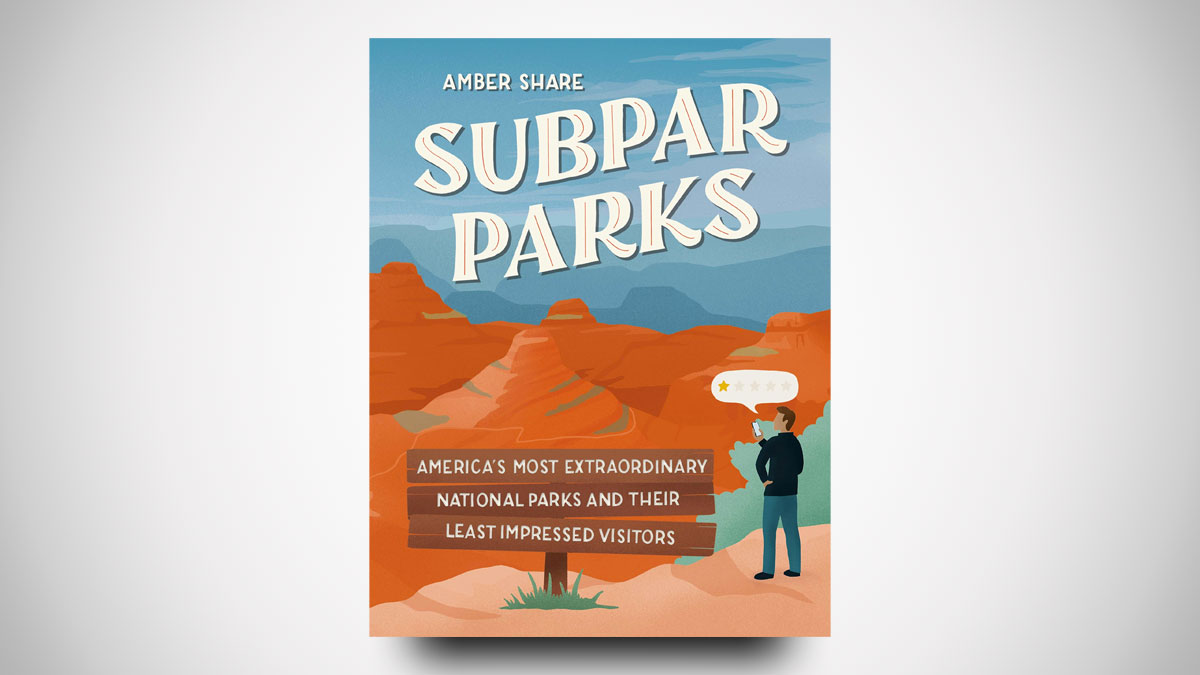 Subpar Parks: America's Most Extraordinary National Parks and Their Least Impressed Visitors is a tour guide through our country's finest specimens of Mother Nature. It is also a comedic compendium of reviews from people who clearly don't understand the nature of Mother Nature, and, along with some baffling comments, gave the parks just one star.

Written by Amber Share, Subpar Parks is based on the Instagram account of the same name. What's nice about both is that in addition to giving outdoor enthusiasts plenty of chuckles and opportunities to roll their eyes at the clueless and ignorant, they are also legit travel resources. Subpar Parks the book contains about 50% new material, and 50% information and reviews that have already appeared on Instagram. It also delves deeper into some of the more popular national parks, such as Yosemite, Yellowstone, and the Grand Canyon, and adds anecdotes and tips from park rangers.

You can see some of the more choice comments from 1-star reviews in the image gallery above, captioning Share's stunning illustrations of their corresponding national parks. Additional selections include:

Well, yeah, these National Park Wood Clipboards from Lemonee on the Hills are most excellent to look at. Cool ideas, beautiful landscapes, fine craftswomanship (Lemonee is aka Melanie). But from scenes from Yosemite and...

I feel like National Park Scented Safety Matches should be less of a fun gift for outdoors enthusiasts and more, like...a bad April Fool's joke. With all the forest fires we've been plagued with the past several years?...

Take a topographic tour of 4 of America's most famous national parks without leaving your couch, or your beer. Black Lantern's line of snazzy can glasses are each hand-printed with topo sections of either Yellowstone...

The MeatEater Guide to Wilderness Skills and Survival

It's another outdoor, off-grid survival how-to, this time from Netflix's MeatEater host, Steven Rinella. The MeatEater Guide to Wilderness Skills and Survival calls itself "the perfect antidote to the sensationalism of...

In addition to Survival Hacks: Over 200 Ways to Use Everyday Items for Wilderness Survival, author Creek Stewart has also written the book series Build the Perfect Bug Out, and served as host of the show Fat Guys in the...

Living Off the Grid

Living Off the Grid: What to Expect While Living the Life of Ultimate Freedom and Tranquility is author, speaker, and off-gridder Gary Collins' latest effort to teach others how to "unplug without sacrificing the joys...

The Bucket List: Places to Find Peace and Quiet

Are feeling zen and achieving self-actualization on your bucket list? The Bucket List: Places to Find Peace and Quiet is a book filled with ideas for those who take a slightly different approach to the trendy method of...

Who's up for a roll in the...moss? A shag on a shag rug woven into a lush forest floor? These Green Forest Moss Rugs from A Saturday Shop come in a handful of different sizes and shapes, all in Mother Nature-approved...