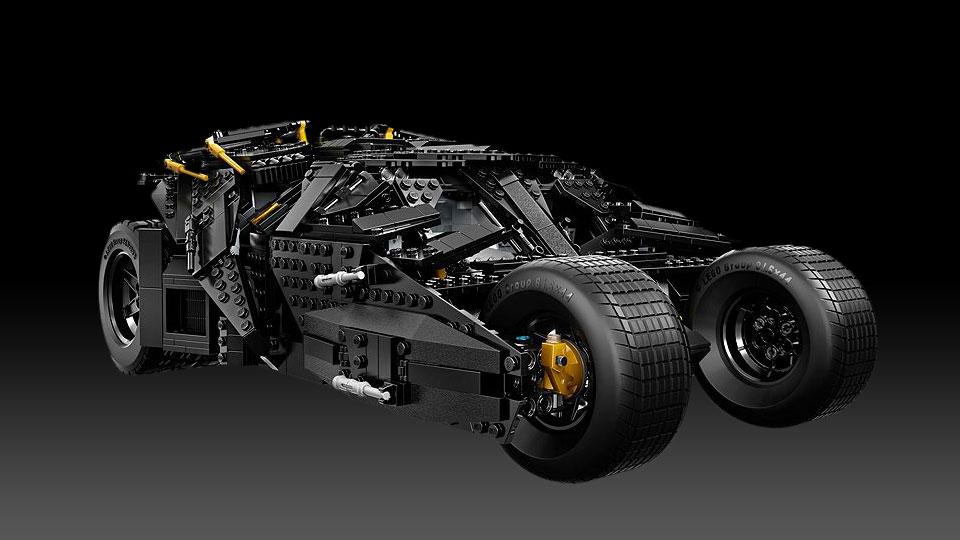 Do you know how many pieces are in the 1,869-piece LEGO Batman Tumbler? D'oh! Crap! I just gave it away! It must be that I'm a little over-stimulated at the sight of this long-awaited, beauteous plastic brick creature that will be mine on 1 September 2014.

Or that the Heath Ledger Joker minifig is messing with my head.

Set for a back to school debut, the Tumbler from Batman's The Dark Knight trilogy achieves its armored look with new color LEGO elements and brand new LEGO front wheels. The company says this vehicle's interior assembles as detailed as its outer shell...but neglects to throw us a bone with photos...and also has adjustable top wings.

The Dark Knight himself makes an appearance in the Tumbler set along with the Joker, and both are new LEGO releases exclusive to this Batman incarnation. Also included is a fact sheet about the Tumbler vehicle used in The Dark Knight series.

The LEGO Batman Tumbler is a top Dude Gift for a Geek pick.