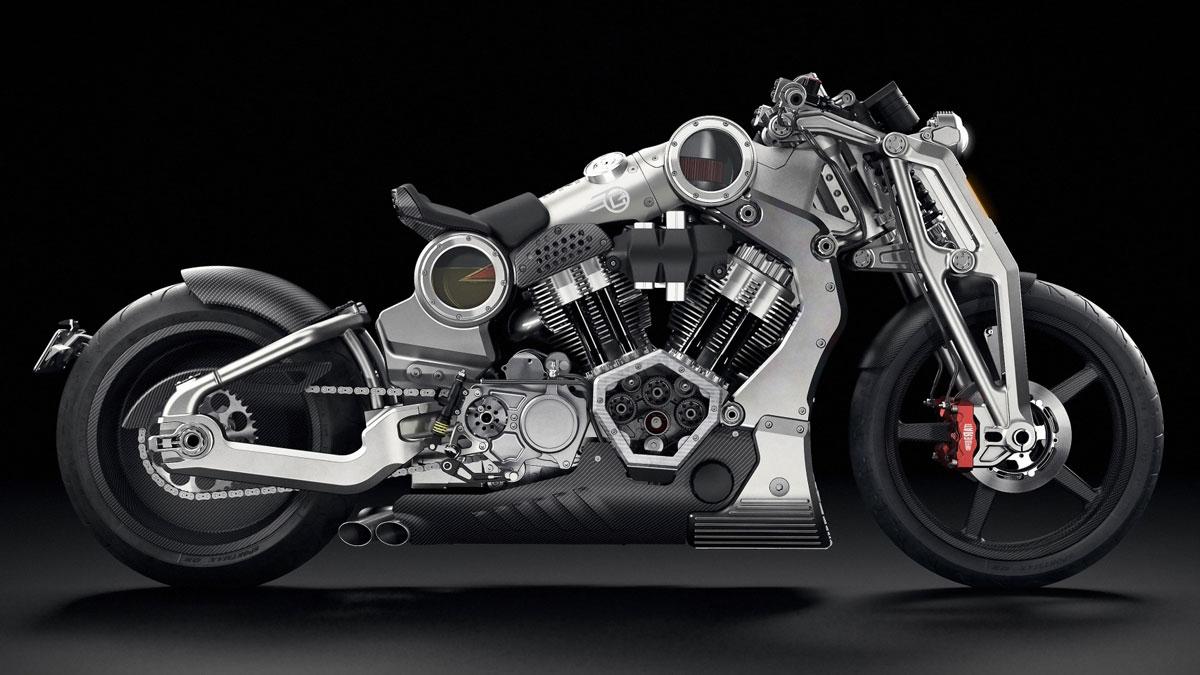 Confederate has been releasing Combat motorcycles regularly since 1999; just during my short tenure in these parts we've seen the formidable X132 Hellcat Combat and its follow-up, the equally vicious X132 Hellcat Speedster. But when it comes to the P51 Combat Fighter, even Confederate, the parents who should love all their kids equally, succumbs to picking favorites. They call this bike--a 200-horsepower beast, a second gen Combat Fighter built entirely of 6061 aerospace billet aluminum, a stunning mass of raw power for the anti-hero--their magnum opus.

Additional first-time features include a chassis that incorporates a structural intake box tied directly to the bike's CNC billet aluminum structural downdraft intake manifold. And the fuel tank is structural too, with billet blocks machined and welded to connect the P51 induction system to a swing arm pivot machined into unitized billet engine cases.