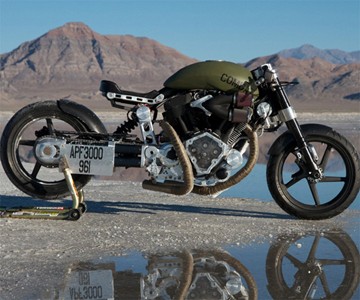 Hoegh piloted the Hellcat Combat prototype, but since its official inauguration into the world of vehicular grandeur Confederate has authorized the commissioned handcrafting of 36 record-breaking specimens of speed. For a seemingly arbitrary price of $72,000--exactly double the number of bikes they've agreed to make. Whatever.