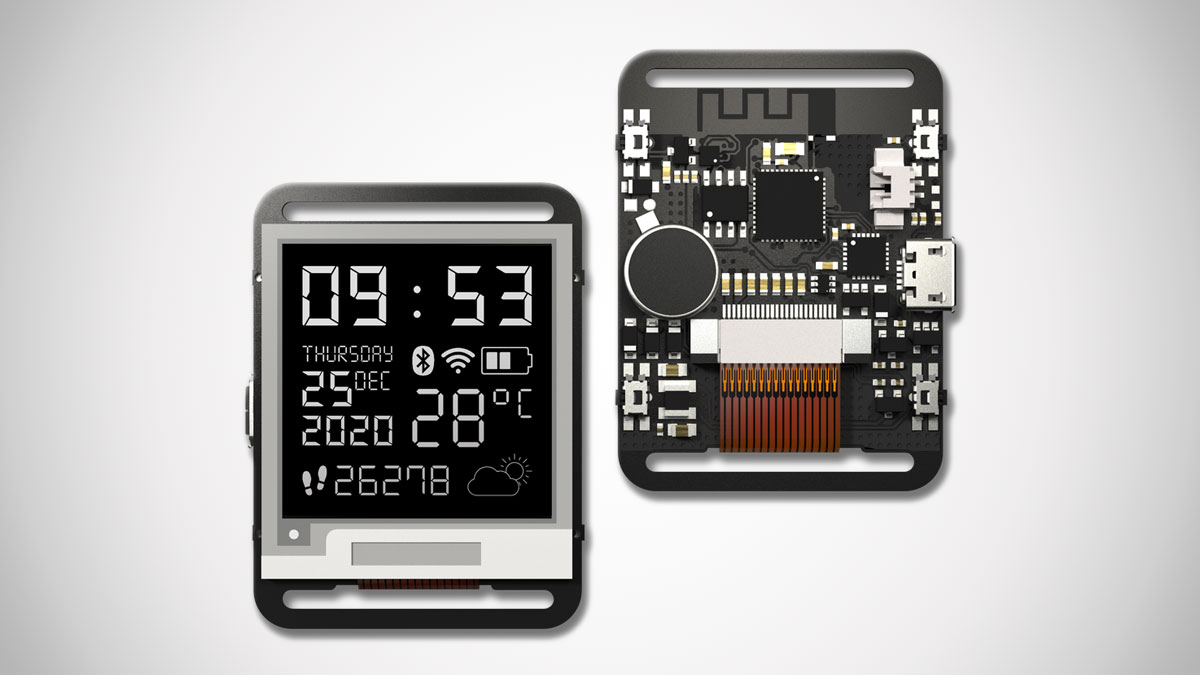 The argument for wearing a Watchy wristwatch is paper thin. E-Paper thin. Like its Pebble predecessors, Watchy is an ultra-slim, lightweight timepiece with a simple 200 x 200 monochrome E-Paper display that "delivers a beautiful crisp image clearly visible under bright sunlight," and "offers a distinctive aesthetic."

Watchy eliminates a lot of the heft of a standard watch by using the PCB that controls its functionality as the watch body itself. You can thread on a band and wear Watchy just like that, or customize it with your own 3D printed case.

Speaking of making Watchy your own, its creators have built the device as open source for both its hardware and software, so it's really more of a wearable development platform than just a timepiece. Watchy has WiFi and Bluetooth LE connectivity for calling up internet APIs for weather, news, traffic, maps, Spotify, etc., plus other Bluetooth LE devices.

URWERK certainly likes their sci-fi. Not just in designing the the Aggregat Odyssey, a limited edition take on their retro-futuristic UR-112 Watch, but also in describing it. Featuring a new titanium and steel fuselage...