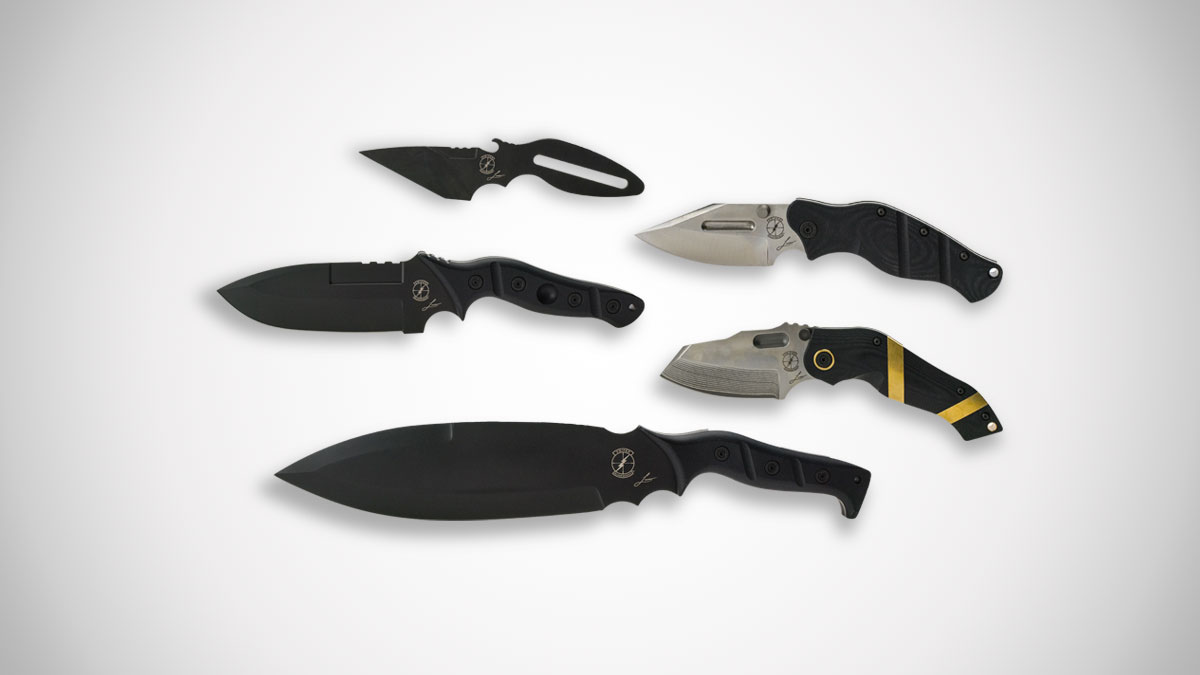 I'm afraid I'm a little late to the blade show because, at printing, Sniper Bladeworks was already sold out of a few knives / styles in their Signature Reload series, and running very low on others. But you still have time to make the cut with most of these tactical and frontline offerings, each of which is signed and individually numbered.

The Signature Reload series has 5 knives to its name: Dashi; Mamu; Smatchet, LPC; and DMF. Modeled after the Japanese kiridashi, Dashi is the smallest - small enough to be worn as a neck knife, and cut with a bottle opener notch in its handle.

Next is the fixed blade Mamu, Sniper Bladeworks' interpretation of a field knife. Its look is black-on-black, thanks to a black PVD coating applied to eliminate glare, resist rust, and protect the knife from the elements. Total length is 11.68"

Smatchet is Signature Reload's "big knife," with a blade length of 9.46", and overall length of 15.47". It takes after William E. Fairbairn's WWII design.

LPC, a folding knife, won Sniper Bladeworks a Blade Show Tactical Folder Award. It's made of S30V and built with a steel combination over-travel locking device.

The Sniper Bladeworks Signature Reload knife series finishes with the DMF, a tactical folder that holds the honor of Blade Magazine covergirl. Its damascus blade version is already sold out, but the S30V blade was still available at printing.