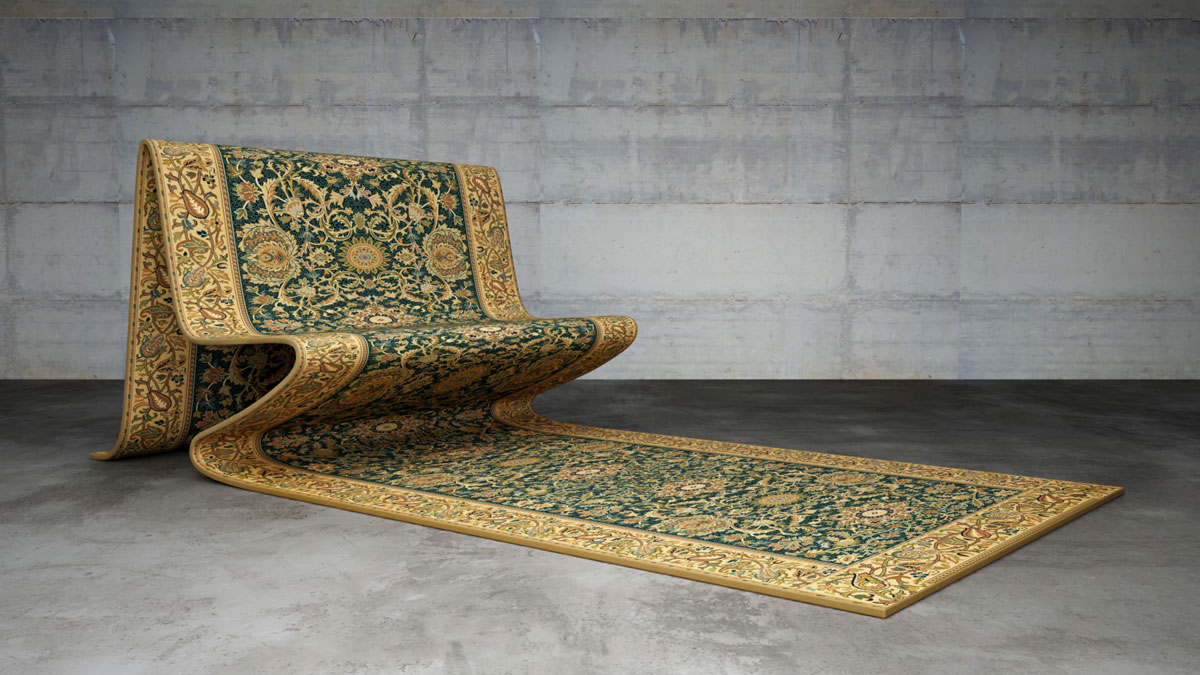 Ahhh, and would that that were how it worked. (<-- Try dissecting that sentence, linguists!) But like many pieces of furniture that look like they should be cheap, such as this stuff made out of paper and this IKEA-on-Mars-lookin' chair, the Carpet Sofa actually costs more than even an expensive rug and an expensive couch sold separately. Like, probably around $25K or more. I'm not exactly sure because I don't like researching facts any more than I like dissecting sentences, but designer Stelios Mousarris also created the Carpet Chair and it costs over $13K, so I figure the version big enough for 2 magic carpet sitters is probably close to double that.

In addition to the terrific optical illusion the Carpet Sofa provides, it's also impressive because it is made out of an actual Persian carpet. One that looks like it got stunned in suspended animation as it tried to sneak away, another fun bit of whimsy you'll get, along with your choice of carpet, if you're willing to shell out for this limited edition sofa.

Carbo-load your eyes on the LOAFA Sofa, a modular couch made entirely of bread rolls. OK, probably bread roll pillows, but seeing as the LOAFA is still a prototype, we'll have to see what IKEA decides about that when...