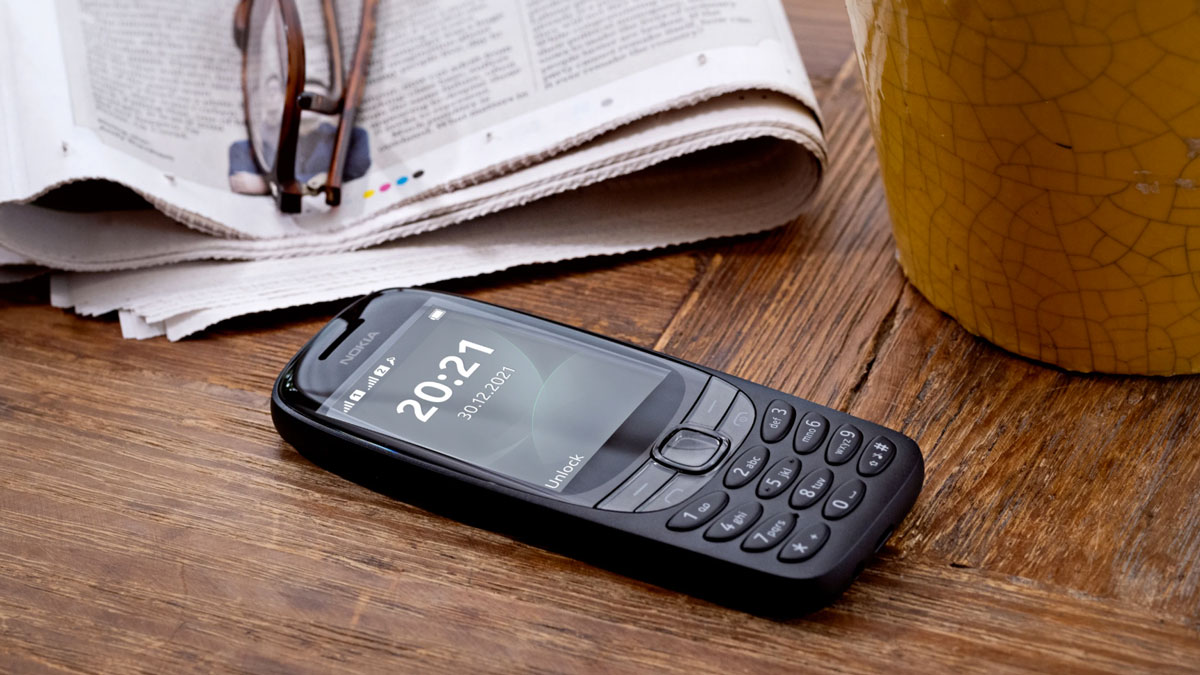 While the Nokia 6310 has always been a brick phone rather than a flip phone - and you know how I love me some flip phones - Nokia's 2021 upgraded rerelease of this mobile classic still sends my heart aflutter. Dudes, it has buttons! Real, tactile buttons! And, according to Nokia, they are bigger buttons, which is even better, because Nokia decided to put out the 2021 edition in honor of the 6310 brick phone's 20th anniversary. Which makes it 20 years old this year. Which makes this dude, and everyone else who will go glassy-eyed nostalgic over the new Nokia 6310, 20 years older.

I bet we're all grateful for bigger buttons.

Further recognizing the age of their target generation, Nokia has built the 20th anniversary edition of the 6310 with new zoomed-in menus, larger font options, and a 2.8" curved window for easier viewing and browsing. They cap off the new-retro features with an FM radio. I guess that's appropriate, and kind of funny, but it seems like a waste to me. Not a waste: Nokia's decision to retain one of the best parts about the original Nokia 6310, the great cellphone game of Snake.

Here's hoping the battery lasts a whole week per charge too.

The 20th anniversary edition of the Nokia 6310 brick phone will come in dark green, black, and yellow.

Framed artwork made of broken-down old phones and obsolete electronics (elderly and wizened gadgets, if we're being polite to the generations that came before us.) Now that is a piece of home decor I never knew I always...

The ORII Smartphone Ring combines the best of voice activation, bone conduction, James Bond, and pretending your hand is a telephone like you did as a kid. Except there's no pretending with this Kickstarter project from...