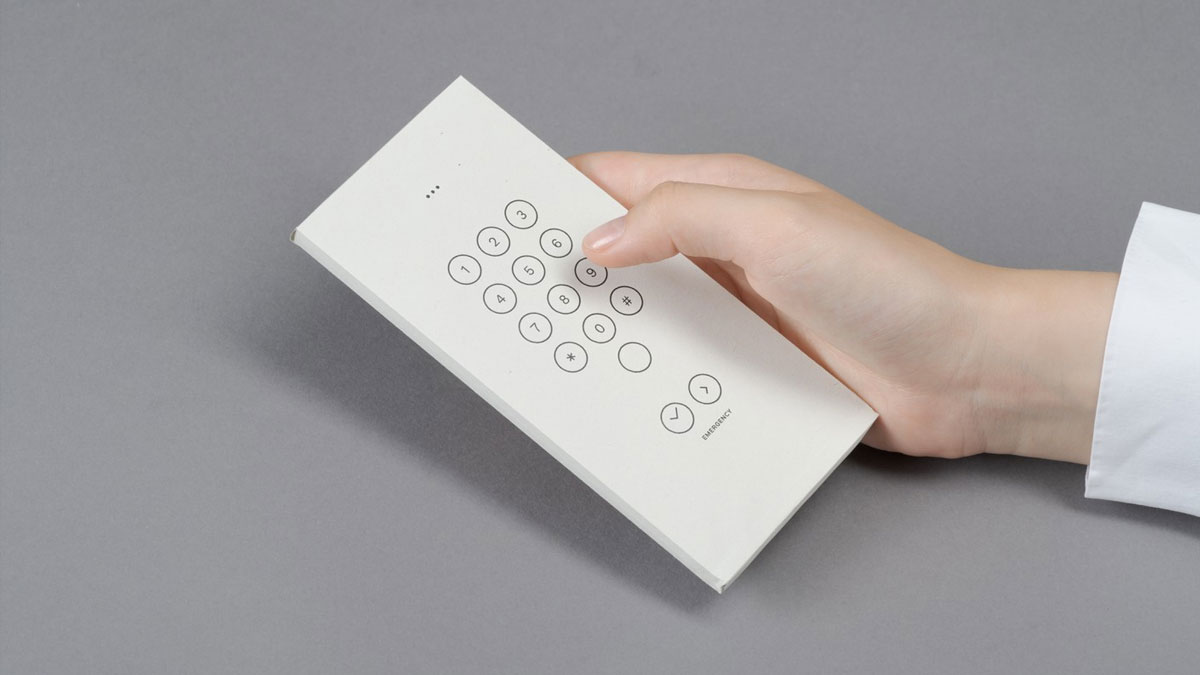 Created as concepts for the Google Digital Wellbeing Experiments platform, Envelope cases are simple paper slip-ons for smartphones that transform them into simpler devices. The Envelope above regresses a Google Pixel 3a into a flip phone, blocking access to all functions but making and receiving calls. Envelope creators, Special Projects, also developed an Envelope that isolates a smartphone's most basic photo and video camera functions, blocking out the screen, so you can focus on the IRL shot that's in front of you.

Special Projects' Envelopes took inspiration from minimalist phones Punkt MP02 and the Lightphone (both $250+, by the way), as well as companies like Distractagone and Yondr, which make lockable cases that store phones, their distractions, and their recording abilities during meetings, concerts, and therapist-recommended attempts to have a conversation with your significant other during dinner rather than checking emails and reading Reddit.

Envelopes' ability to reduce a phone's functionality comes from an app that takes over the device, and allows it to perform only the Envelope-designated function.

Tricked Toys CNC machines all of their smartphone cases from 6061 aluminum, solid copper, or solid brass. If you like their street artsy look, then grab your screwdriver: the metal cases actually bolt together around...

Call my name! Bastian, please! Save us! Did anyone else have trouble deciphering what Bastian actually said when he screamed out the name he had chosen for the Childlike Empress? I must have watched The Neverending Story...

Readers, Dudes, Chums, The Vault is here to encase your valuables, and protect everything from your sunglasses to your phone to your crucial implements of EDC during your summer travels, outdoor adventures, and accidental...

There's alone time from your girlfriend. Peace and quite from your house full of kids. Solitude from the chaos and cacophony of daily life. But with all the unseeable signals encircling, identifying, tracking, and scanning...