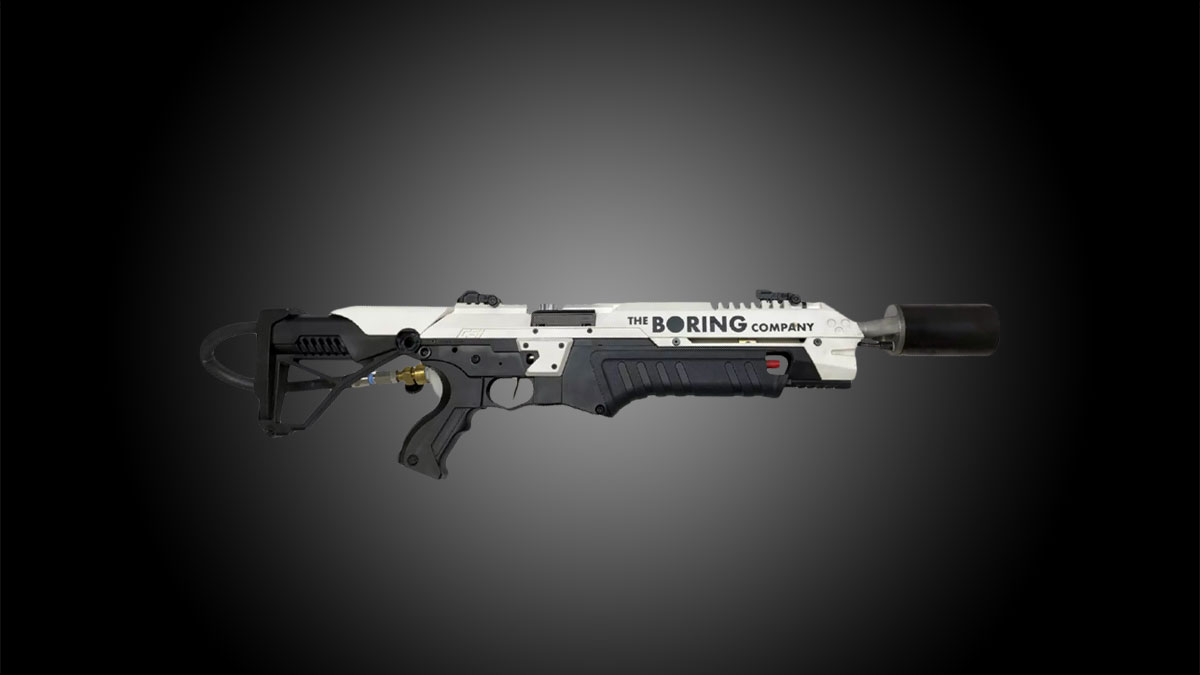 Sold Out from The Boring Company »
Check It Out

Elon Musk's The Boring Company has fired up its next gimmick fun and cheeky piece of merchandise for Hyperloop supporters. The forthcoming Boring Company Flamethrower follows their "The Boring Company" embroidered baseball hat in a more...explosive...move by Musk to get the tunnel transit firm back into the fold of media chatter, and to appease his adoring fans.

I don't know why Musk decided to go from hat to flamethrower in a new swag release he began teasing around the holidays. But more important to note is that it is still a tease. While The Boring Company has a Flamethrower page built for its website, it was password-protected at printing, with no additional information about the fire spitter's makeup and specs. Presumably The Boring Company will let the suspense build for a bit, and then provide the password to the luckiest of pyros so the purchase frenzy and Tide-Pod-level YouTube videos can begin.

According to a few sleuths who guessed the original (now changed) Boring Company password as "flame," the page behind the pass indicated the Flamethrower is in prototype stages, and open for pre-order at $600.

Update: The Flamethrower is now available for pre-order at a $100 discount to the originally published price. The password has been entirely discounted. This guy markets.

People typically use flamethrowers to clear brush. And just like that, for the first time in my life I cannot think of anything I'd rather do today than go clear me some brush. Better than a firehose and almost as badass...

The XM42 aims to be the world's first commercially available handheld flamethrower. Free of pressurized tanks and car-wash sprayers, and simple for most anyone to use, it also calls itself "what a real flamethrower should...

Any man with a little hair on his chest can chop wood, but how many of you care to take the time to carve snowflake patterns into your logs such that they alight more dependably and burn with greater efficiency? Light...

Now here's a Bad Idea: a 48" American steel Pyro Cage incinerator to use in place of your 55-gallon drum for burning yard debris, cardboard, and bad juju. The Pyro Cage has a panel construction with a tab-and-slot design...