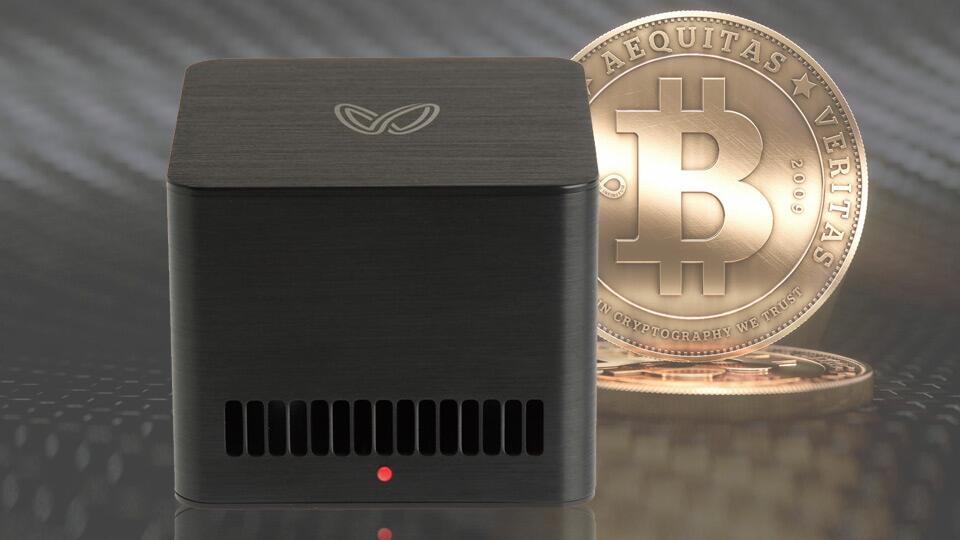 Butterfly Labs' entry level Jalapeno Bitcoin miner sells with a mining rate of 5 G/Hash per second, as well as with an upgrade that bumps its performance to 7 G/Hash per second. And while both are pretty paltry in comparison to those that function at guaranteed speeds of 30 GH/s, or Butterfly's own 600 GH/s mining card, they're still a decent way for Bitcoin noobs and enthusiasts, particularly those with big brains but small quantities of capital, to get in on the action without entering the ring of high stakes speculation.

At printing, Butterfly was sold out of its 5/7 GH/s Jalapenos, and those available on Amazon were largely slightly used units. So it seems Bitcoin mining is, if nothing else, an endeavor that's growing in popularity. Allegedly, Butterfly will supply a lifetime warranty for its product if it malfunctions due to a manufacturer defect or component failure.

New to the digital currency that is Bitcoin? It's currently garnering a lot of media attention due to China's December 2013 announcement to disallow their banks from dealing in Bitcoin as legal tender currency. And also due to its biggest fanboys, the Winklevoss twins, who lately have been making the rounds to various news and governmental organizations touting Bitcoin's legitimacy, potential, and immunity to the type of backlash that hits other sensational speculative commodities. The Winklevii decree it: Bitcoin will not be another Dutch tulip mania!

One absolute way not to become a millionaire by way of Bitcoin: buy a block erupter and related equipment (read why here). You may not even make back the money you spend on the devices. But a 300MH/s erupter stick alone is a comparatively cheap purchase if you just want to dink around with a new tech and toy.

One possible way to maybe become a millionaire by way of Bitcoin: get tens of thousands of dollars, invest it in some of the forthcoming ASIC hardware, and pray to the parcel service gods that you receive said hardware before the ROI window slides on.

One surefire way to become a millionaire by way of Bitcoin: marry or ingratiate yourself into the will of one of the mere 47 individuals who own 28.9% of the 12 million Bitcoins in existence thus far. That's at least $10 million in Bitcoin per person.

Learn more about the basics of Bitcoin here, courtesy of my favorite informer on earth, Wikipedia, and more about the specifics of the currency that could change the world here, on the Bitcoin exchange Mt. Gox.

Styled and sized like a credit card, the Material Bitcoin Wallet aims to be a robust, non-electronic solution to Bitcoin storage and use. (And, yes, that's Bitcoin and Bitcoin only, owners of Ethereum, Tether, and other...

How to Unf*ck Your Finances a Little Bit Each Day

Jo Stewart's How to Unf*ck Your Finances a Little Bit Each Day: 100 Small Changes for a Better Future isn't rocket science, but let's face it. A lot of us need tips and information a solid 10 levels below rocket science...