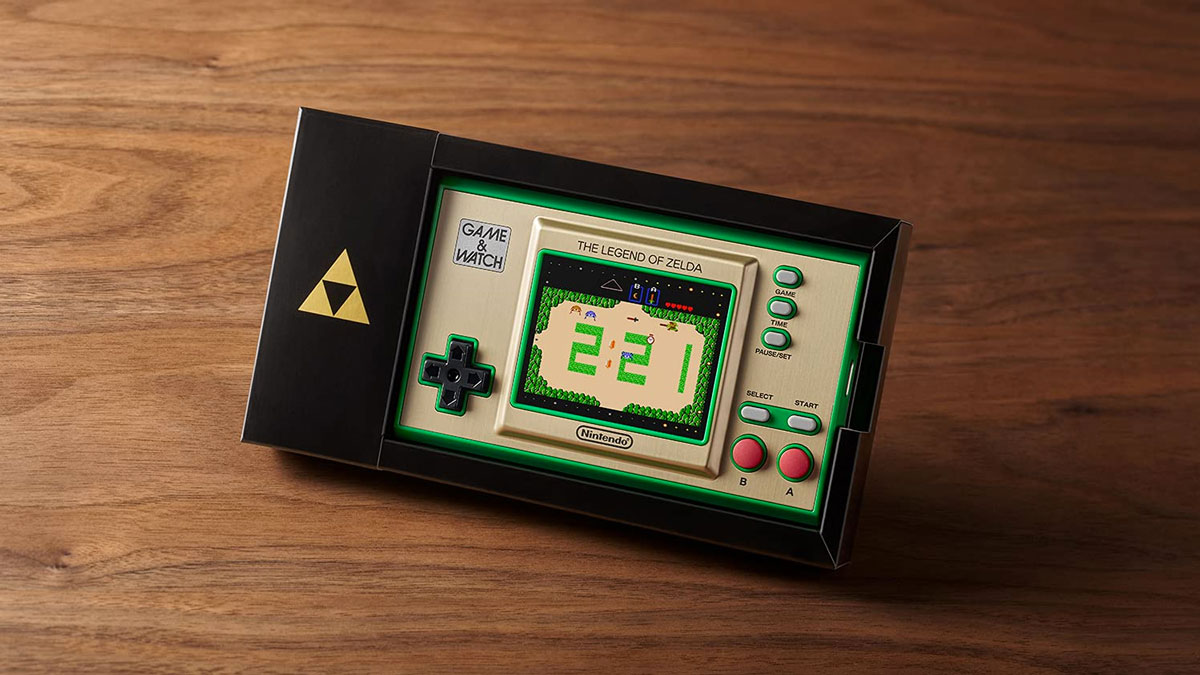 The first of Nintendo's handheld gaming consoles, the Game & Watch debuted in Japan in 1980. In November 2020, Nintendo released an updated Super Mario Bros. version of the Game & Watch in honor of the game's 35th anniversary. This November - November 12, 2021 - they'll follow up its success with the Nintendo Game & Watch: The Legend of Zelda.

Nintendo Game & Watch: The Legend of Zelda will also throw in a version of Vermin, a Game & Watch classic starring Link. The console will have a playable clock and timer too.

If I killed dead a being of pure hatred and encapsulated it in its lantern, I'd take the rupees from the Poe Collector for it rather than let it dangle from my neck so dangerously close to my heart. Sure Poe Souls can...

Can you play the ocarina? Yeah, me neither. I took piano lessons when I was a kid, but after I learned the Top Gun anthem and the theme from Jurassic Park and then refused to play anything else my teacher suggested we...

Link's Hylian Shield meets Link's Master Sword meets the touch, the feel of cotton, the fabric of our life. Geeky U has created a means of battling Ganon and rescuing Princess Zelda in comfort with the shop's Legend of...

The guns, swords, and Personal Information Processors you wield on screen may not exist in real life...yet...but many, many attempts at replicating them do. From old school to new school, computer to console, fantasy...

Key storage turns epic with a little help from The Legend of Zelda and April Iverson's handpainted key hook. The item is made to order with a standard single hook, but if you're feeling particularly Triforceful, you can...

True, it is dangerous to go alone, but it is also dangerous to go in the dark. Take a Triforce lamp with you to light the way and remind all you encounter that wisdom, courage, and power are still the keys to Hyrule domination...

The Legend of Zelda: Hyrule Historia

People who cannot read Japanese rejoice. Dark Horse Books and Nintendo have published an English version of The Legend of Zelda: Hyrule Historia, which is now available for pre-order. The Triforce unites and soars to...

I've never cared much for the word "Claddagh." It sounds like a combination of too many different scary female body parts and sexually transmitted diseases. But the rings themselves are alright if you're into, like, announcing...