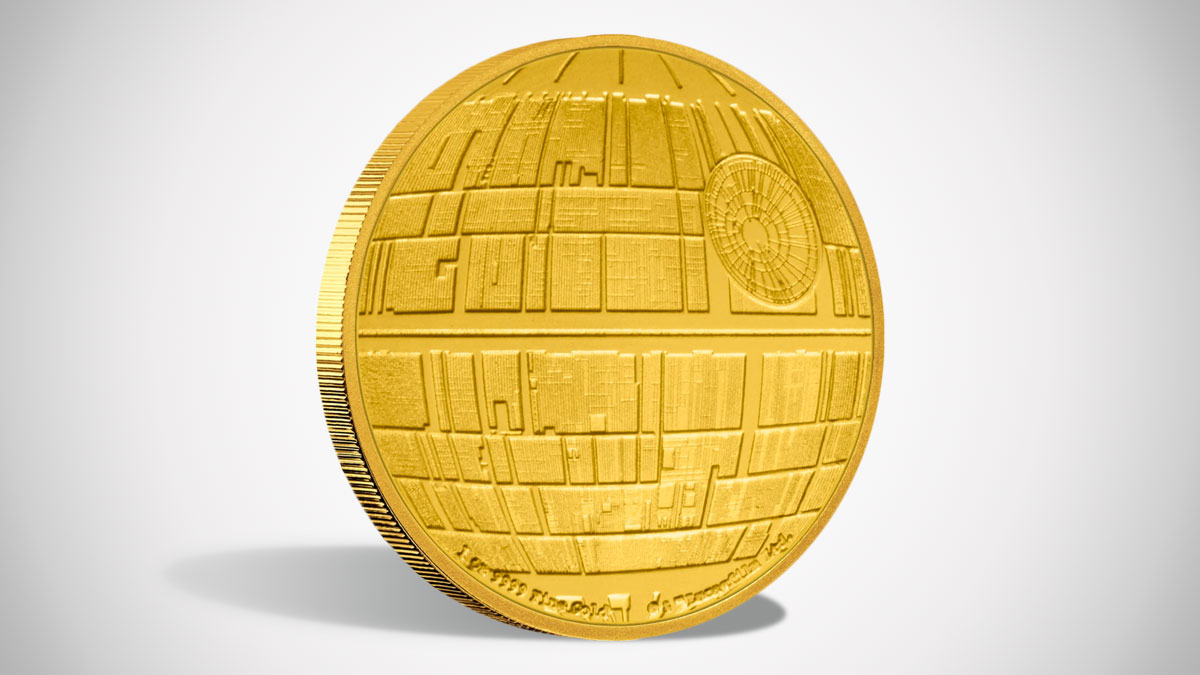 I'd really like one of these Star Wars Death Star 1oz Gold Coins, but I'm pretty sure buying one would be the death of me. Either via superlaser to the face, or fist to the face if my wife found out I spent $2,900 on a Death Star 1oz gold Coin. She-Ra: Princess of Power has sensible spending habits and a mean right hook.

The latter from her extensive training on the Liteboxer boxing machine, which for some reason she considers well worth the $1,500 she spent on it, even though a mere double that amount would get me one of the only 500 pure gold Death Star Coins available the world over.

I guess she has a point, though, when she points out that despite its retail price, the Death Star Coin carries a denomination of just $250. A $2,900 spend for a $250 prize...might be too much of a disparity even for the most rabid of Star Wars fans.

There is a silver lining, though. A literal silver lining if you're looking for a Star Wars gift this year: you can score a Darth Vader 1oz Silver Coin for a fraction of the price.

You know the opening scene in Spaceballs when they pan along that massive ship and you kind of start to wonder when a bomb or Jaws is gonna hit, but then the camera jumps to Rick Moranis in an oversized Darth Vader costume...

From the Milky Way to a galaxy far, far away. After our own solar system proved to be a stellar success amongst MVEMJSUN lovers, Star Wars is taking its turn to front Think Geek's latest Planetary Glassware Set. Meet...

Frustration, blurred vision, and neck cricks, now with a Star Wars theme! The spherical Mazes of Death that are Perplexus games have produced their own Death Star. If you thought it was tough for Luke and Han to take...

Christmas: Over. Valentine's Day: Dammit! Still to come. But get your wife/girlfriend/favorite cheese girl at the Whole Foods a Star Wars Death Star Heart Necklace, and you'll both check another gift off your list and...