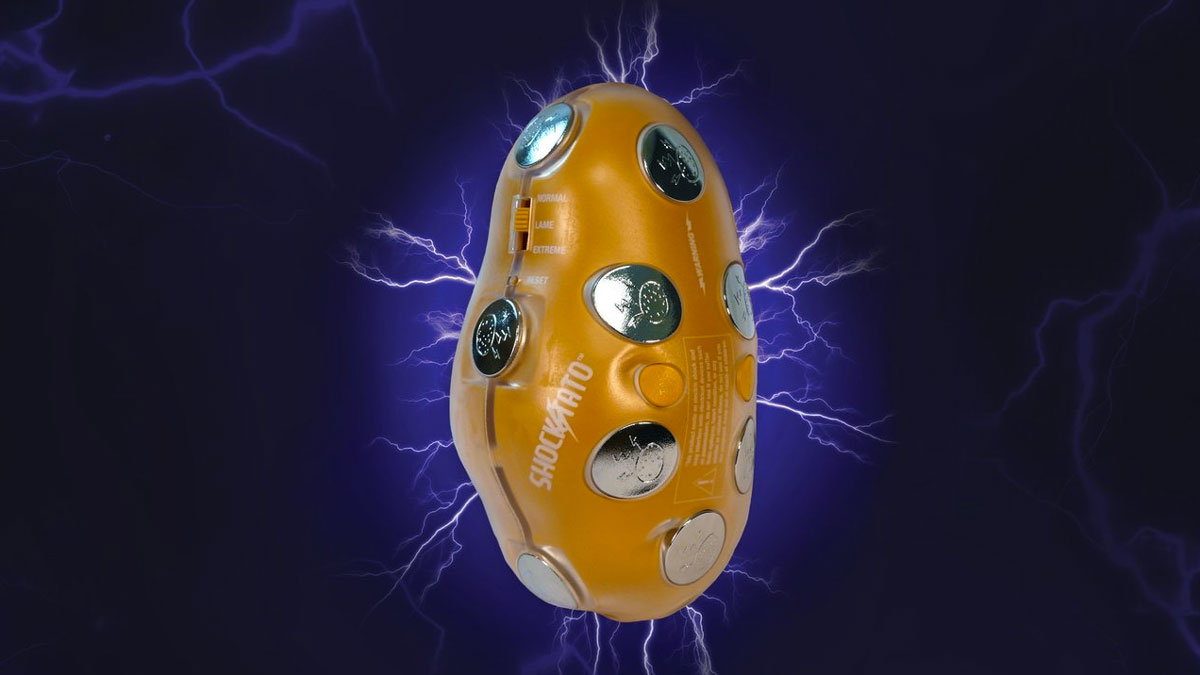 Shocktato is a party game from the same people who made Lightning Reaction Reloaded, which is my all-time favorite party game to play with people who are slower than I am. As you've probably guessed, their new combination of good times and good Zap!s is a take on the classic Hot Potato.

One that requires players to put a little more, uh, skin in the game.

If you've got kiddos or lame-os playing Shocktato with you, there's also a Lame mode to the game that plays the music with no shock at the end.

What's the buzz? Yer keister, mister, when I Social Distancing Zapper ya for encroaching into my 6 feet of personal space!...