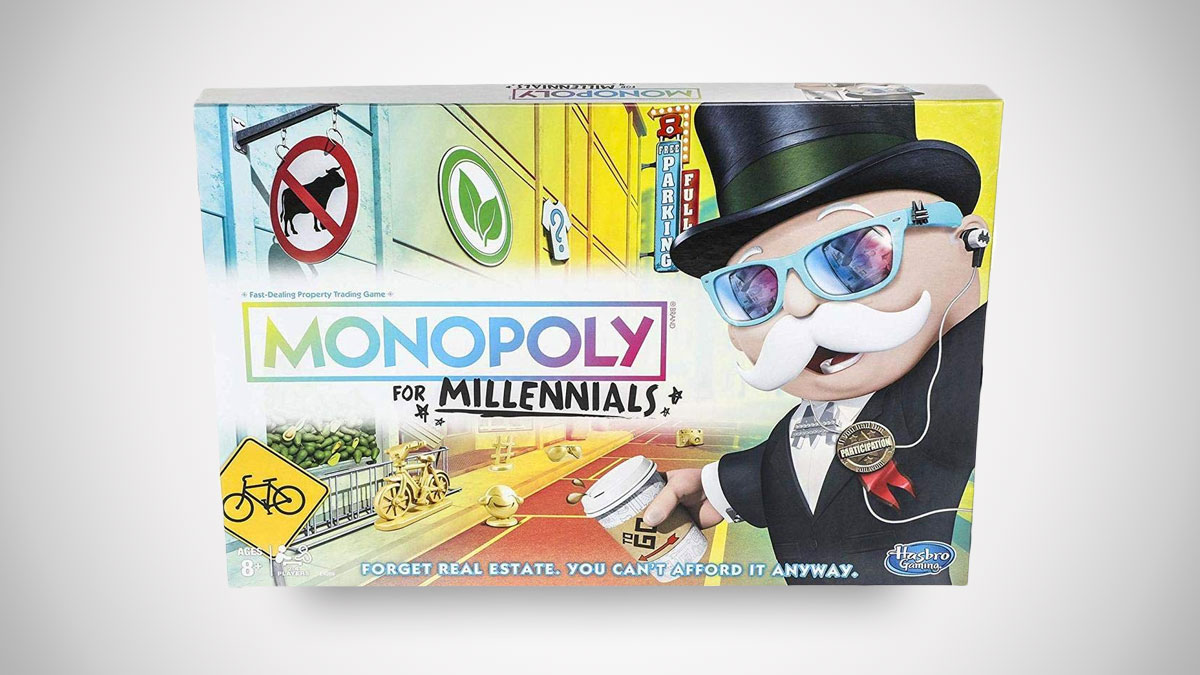 Just glancing at the box for Monopoly for Millennials, which taunts, "Forget real estate. You can't afford it anyway," made me think it was some sort of April Fool's joke. And it only gets worse from there. Apparently, the path to winning this version of the board game involves collecting Experience points by hitting up the "hottest Destinations," including your Friend's Couch, the Vegan Bistro, and the Week-Long Meditation Retreat.

Monopoly for Millennials is no joke. Or rather, it's a real game Hasbro is selling that, like hoarding wealth, sucking up social security, and destroying the environment, is just one more joke Baby Boomers are playing on the Millennial generation.

It's not too surprising that when the game debuted in November 2018 the demographic it was made for took offense, and took to Twitter to tell obviously-Boomer-run Hasbro where to shove Monopoly for Millennials at their next colonoscopy. More surprising though is that Monopoly for Millennials sold out almost immediately, and is now only available through third parties for about double the $19.82 price* Hasbro put on the game.

*Hasbro chose $19.82 because they say it's the year the Millennial generation began.