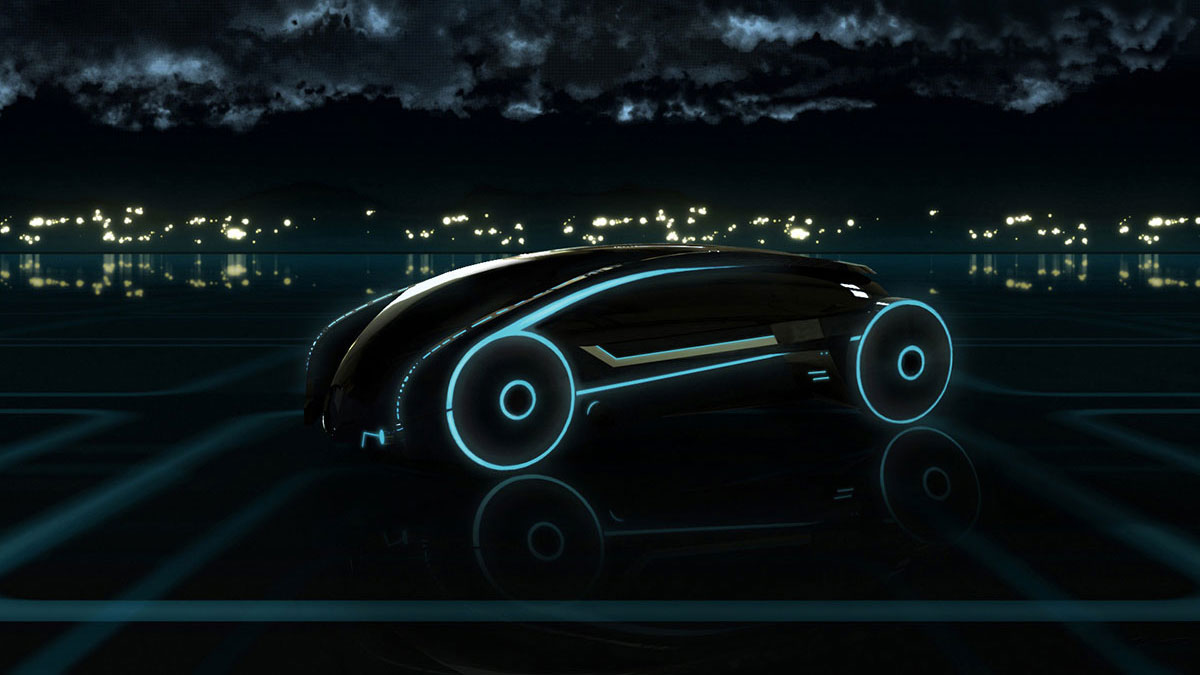 Unlike the (now discontinued) TRON Light Cycle, you never could--and likely never will be able to--go to the TRON store and buy one of Timur Bozca's TRON Cars. You might be able to commission one with enough dollars and fanaticism, but for now the futuristic designer's ode to 2010's TRON: Legacy is just a concept. And a swell way to make that 10 minutes between now and your lunch break go by faster.

I've been staring at the Tron Car for about 6 now, and this is what I've determined: the front of it looks like a happy, cooing Predator. See it? The blue LED dreads on either side, the front grill as a puckered mouth? Oh hey, and the mouth itself looks a little like Yoda. See it? The round head, the pointy ears extended outward....

Bozca, speaking more intelligently of the car he designed, has determined the following:

When you're buying a gift, they say it's the thought that counts, but depending on your gift recipient, it's not the thought at all. It's the gift that counts. Its aesthetic. How cool it is. How much its owner wants to...