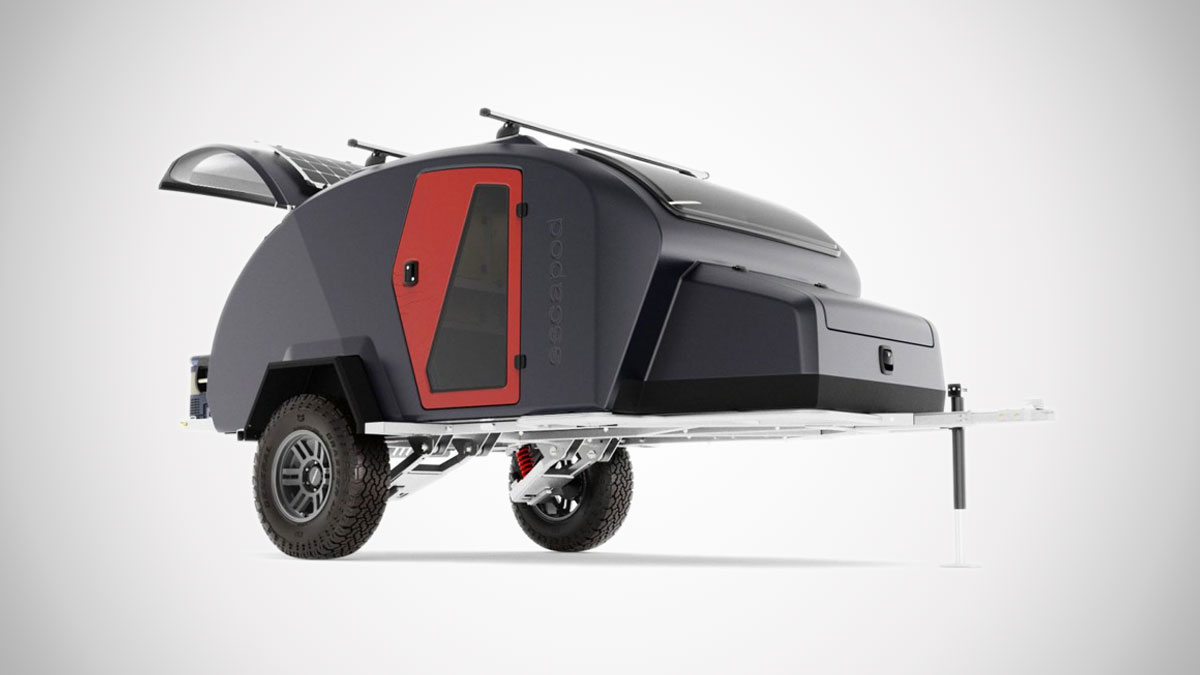 I've run a ton of campers, trailers, RVs, and caravans like the Escapod TOPO2 over the past couple of years. Are you dudes tired of road trippin', off-griddin', travelin' on the cheap recreational vehicles yet?

The Escapod TOPO2 looks pretty alright from the exterior in my opinion, but according to Escapod, the inside of this teardrop trailer is where it's at. They say, "The TOPO2 packs more features & functionality into an interior than you’ve ever seen." That includes a heated mudroom at both entry doors, with a 4.5" x 32" utility space to use as a foot perch and 4 total coat hooks for wet, dirty, or cumbersome gear. It includes 8 cubic feet of cabinet space, plus another 5 cubic feet of storage behind the bed's headboard, the latter of which heads up a 6" queen-sized memory foam mattress. It includes a galley with a Ruvati sink and ENO 2-burner stove that "will make your kitchen at home jealous."

The only thing I can see the TOPO2's "where it's at" interior doesn't include? Two turntables and a microphone. But you can bring your own.

Escapod also built the TOPO2 Trailer for off-roading, with a rugged and wear-friendly exterior frame, some nice star-gazing windows, and plumbing / electrical / mechanical systems that won't make you want to park the thing in a hotel lot as you give up and get a 5-star room. You can read about all of it, as well as custom trailer options and add-ons, on the Escapod website.

The ESCAPE Traveler definitely looks bigger on the inside. But I think that's more due to the trickery of those wide angle lenses the real estate industry loves using to take photos than a true touch of Whovian magic...