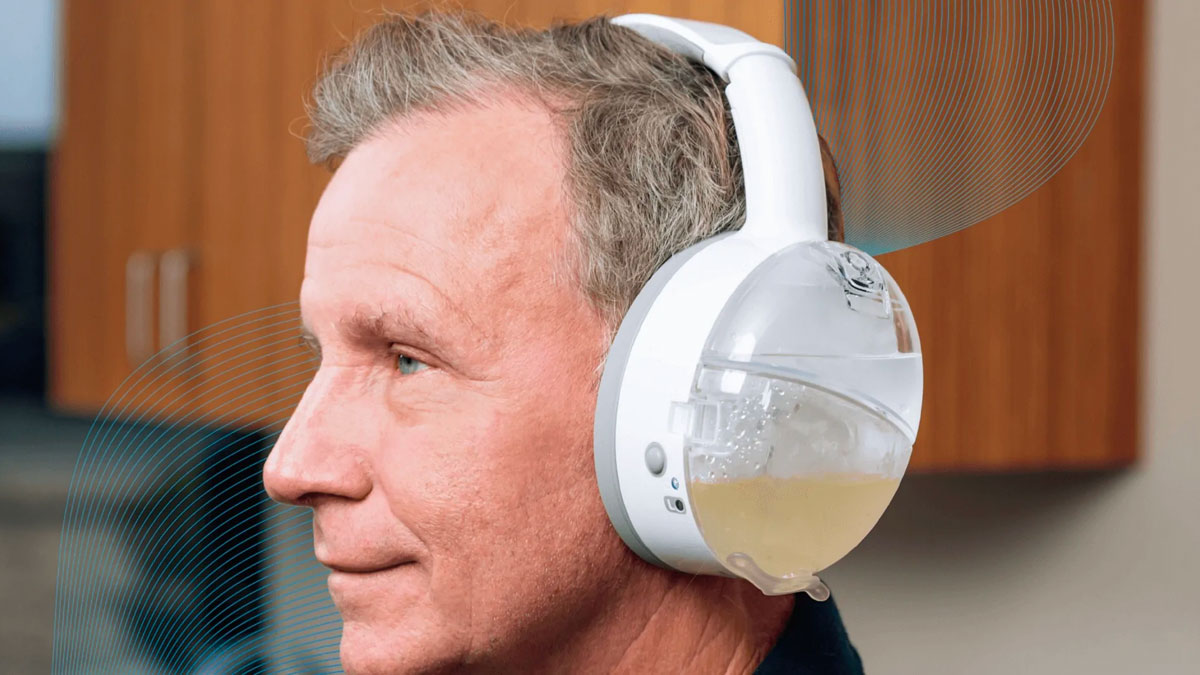 Made by SafKan Health, the OtoSet is the first automated ear cleaning system to be approved by the FDA. Its cleaning cycle runs in just 30 seconds, sending an irrigation solution towards the walls of your ear canals to hose down earwax, and then sucking it all back out into disposable containers that look like the housing of over-ear headphones. The containers are, of course, transparent, because who's not gonna want to get a load of all the gnasty yellow and brown buildup that was just in their ears now sitting in a cup outside them?

Don't tell me you wouldn't, dudes. When's the last time you got off the toilet without having a satisfied looksee at your poop? The stuff that comes out of is fascinating, and taking stock of it is cathartic.

Sadly, the Otoset Ear Cleaning System's FDA approval is for use by healthcare professionals in a clinical setting only, so if you want to test it out, you'll have to find an ENT or GP who's sprung for the setup. However, if you want an alternative to the OtoSet, check out the Elephant Ear, an at-home earwax remover that's much lower tech, and kinda janky-looking, but still might bring you some of the same relief, and visual satisfaction, as the OtoSet.

Waterlogged ears from swimming or showering? Sweaty canals from a tough workout? Victim of yet another Wet Willy? The DearBuds SE is a wearable ear dehumidifier that is, first of all, not a joke, and, second of all, designed...

The Elephant Ear Earwax Remover is kind of funny, kind of gross, and really, really life-changing. For me anyway. I mean, I thought I was going deaf. I was Googling cochlear implants. I learned the term "cochlear implants."...

It seems we're on an earwax offensive. EEEARS, a reusable cotton swab substitute for ear cleaning, joins the OtoSet automatic ear cleaning headset I saw earlier this month in the cache of tools forthcoming for wax elimination...

The LastSwab Reusable Cotton Swab: "Because there is no Planet B." Hear that, ocean-polluting and marine-life-skewering Q-Tips?...

Two things about AirSquares gunk removers for AirPods and other gunked-up electronic devices: 1) Gross; 2) I need some...

I doubt SafKan made its OtoSet to be the Beats headphones of earwax removal systems. But since finishing the last episode of The Defiant Ones, Beats headphones are all I see when I look at the world's first automated...

I love it when girls wear ear muffs. Especially big furry white ones. They give them that irresistible look of sophistication meets special needs kid. Ear muffs on guys, though? Eh. Not really acceptable. Maybe, maybe...