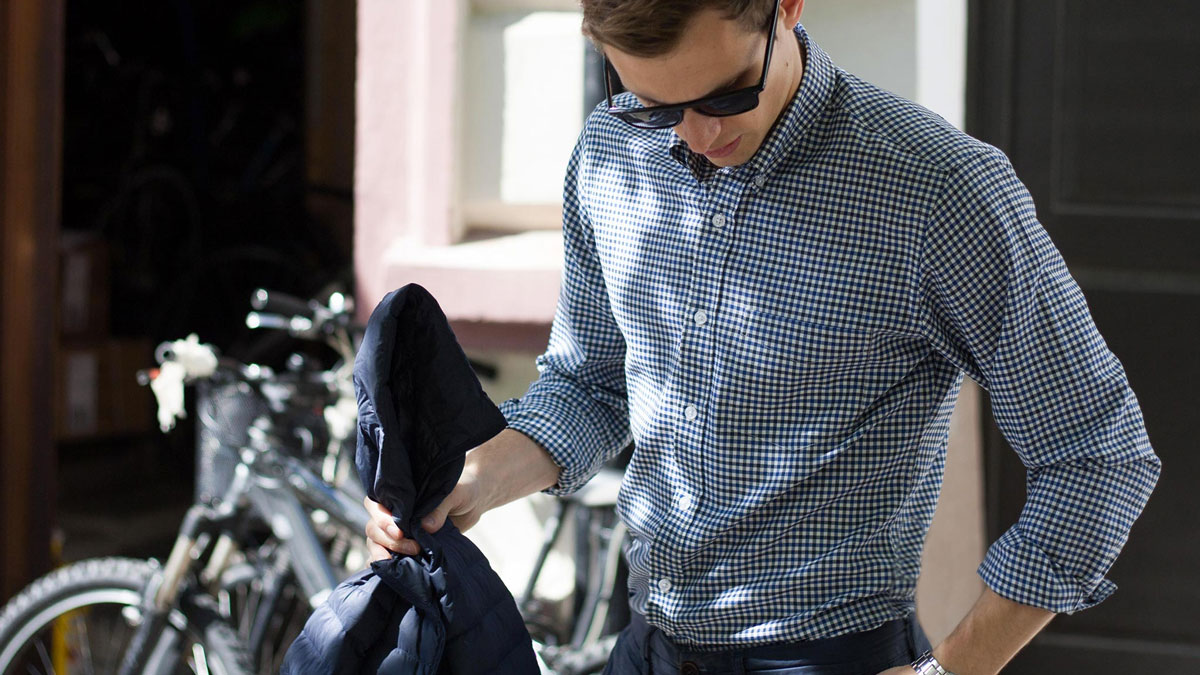 Do you know how many men in the Pacific Northwest are going to go apeshit when they find out about a wool shirt that will stay wrinkle- and odor-free for 100 days straight...without washing, ironing, or dry cleaning it? All of them. Like, 10 million. 20 million if you count the hermits, sociopaths, and Shady McShadersons hiding out in the Olympic National Forest. Dudes living in other parts of the United States might find Wool & Prince's dynamic button-down pretty alright too.

Though the 100% wool shirt masquerades as a standard piece of cubicle-dweller attire, designer Wool & Prince guarantees their creation is anything but. While other men's shirts soil in a day or two and wrinkle at the rub of a belly, this baby fights both odors and wrinkles for months at a time. Literally. 100 days was the test period for donning a Wool & Prince shirt with no form of maintenance other than the daily spritzes of Sure Fuck cologne wearers would use anyway. Here are some cool facts about wool that make a 100-days-in-a-row shirt possible:

And since we have yet to address the elephant of awesome in the room, here are some facts about the other half of the 100-day shirt's Wool & Prince eponym that contribute to its cause:

The Wool & Prince Kickstarter campaign runs through May 22, 2013.

December 2013 Update: The Wool & Prince button-up exceeded its crowdfunding goal and is now available for direct purchase through the company's website--follow the link below.

Whether it's the caffeine jitters, public speaking anxiety, or ants in your pants, those of us who aren't trained professionals in smoothness like James Bond and Ryan Gosling in Crazy, Stupid, Love will probably feel...

WorkRobe - Business on the Top, Comfort on the Bottom

The WorkRobe is for working (from home) women who don't want to put on a stiff collared shirt or itchy sweater for one stupid Zoom call. Or, worse, to sit around stiff and itchy on video conferences all day long. Coined...

The Morus Zero clothes dryer's fast-drying, eco-friendly, countertop-ability probably won't make doing laundry any more fun for you, but it will make the process easier and more efficient. Morus says their mighty mite...

Vollebak's latest inspiration: landfills. The Garbage Sweater is woven from old, discarded firefighter suits and bulletproof vests - items that, having outlived their useful life, were headed to die in the dump. So in...

Really? Really?! Am I so lazy that I'm willing to spend $800 on a machine that will fold my laundry? Pssshhh! I don't think so...