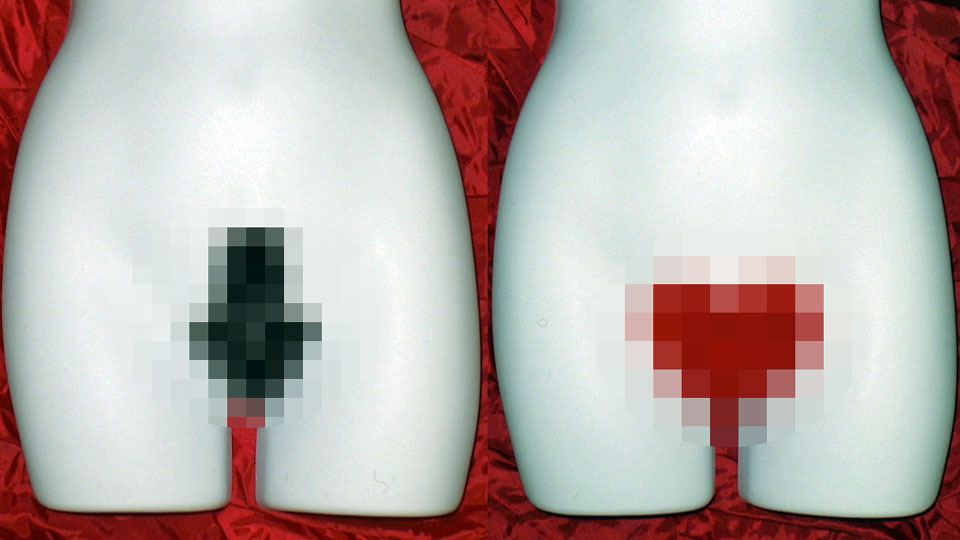 Bushes made of real human hair, if they want to be true to The Original Pussycat Patch's ethos.

I shouldn't be surprised that kitty carpets exist - I've already seen Betty Beauty Dye and Pinky Queen Nipple Lightener. But I guess I just wonder what kind of market there is for "the most realistic hair piece for your private area," one that's made "using the best quality human hair for texture and colors that are as natural as possible." I thought most women are spending a ton of money on products and services that get rid of their pubic hair. Are you telling me there's a whole other segment of them lamenting their thinning, balding, or naturally low-growth crotchal regions?

Girls are so complicated.

My fellow vikings and ancient Scandinavians at heart, what better way to show your old Norse appreciation than by be-baubling your beards, braids, and dreadlocks with these coiled hair and beard rings from Norse Tradesman?...

baKBlade calls this extra-large razor the Big Mouth because its accompanying app is programmed to ridicule your bushy shoulders and thatches of back hair as soon as you let that wiry jungle get out of control...