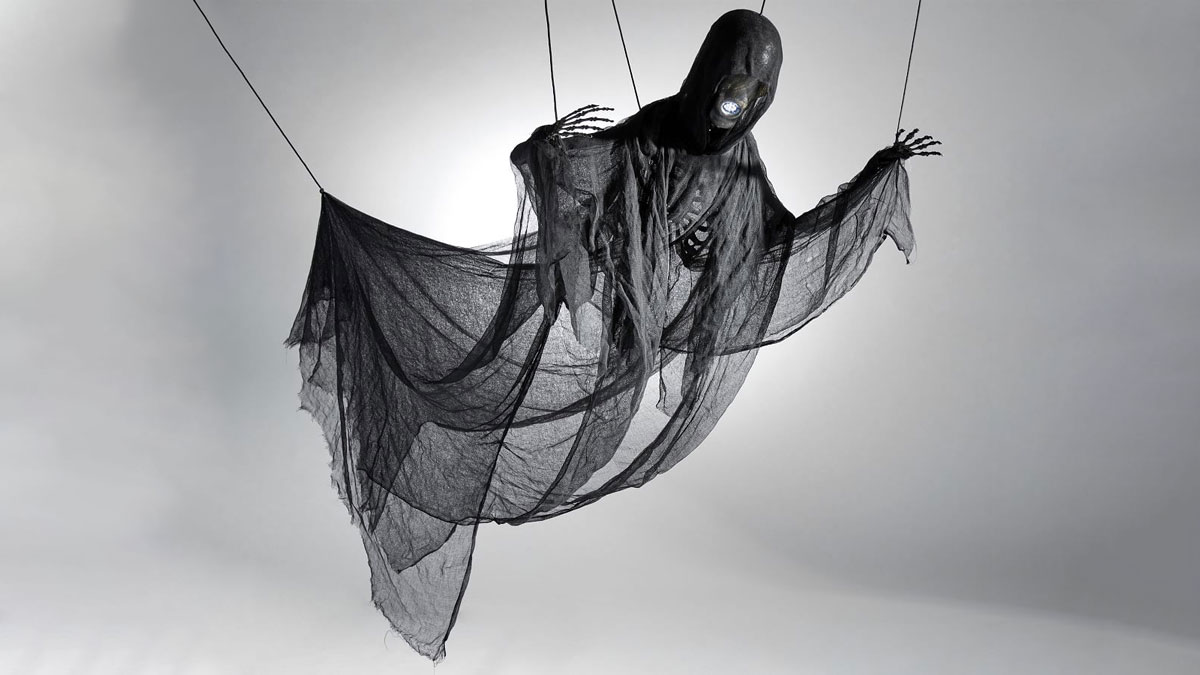 The Harry Potter Dementor Replica with LED Lighting is here to hang from your porch ceiling or a tree in the front yard, and haunt the F out of every child, UPS driver, and squirrel that passes it between now and Halloween. Or maybe all year long, if you like its work.

The only problem is Dementors' power is feeding on human happiness, sometimes devouring entire souls, and leaving their victims deeply depressed, in despair, or in an empty vegetative state. So many of us have already reached that point without an encounter with an evil creature from Harry Potter, so it's gonna be slim pickin's for the Dementors this year.

Another detail of note, which I think will come as a great surprise to everyone except Phoebe Buffay, is this Harry Potter Dementor replica is sold not by Horror Dome or Halloween City, but Pottery Barn. It's a PB + HP Halloween collab, and they went with a life-size, LED-lit Dementor! I never woulda guessed.

Platform 9-3/4 headed straight to...the opportunity to snag one of these superb 3D Magic Castle Notepads (i.e., 3D Hogwarts They Can't Call Hogwarts Notepads.) Carved out of a stack of paper you can really tear and use...

A little Accio wand! for you? No, your new Harry Potter wand doesn't want to do magic outside the hand of its rightful wizard? Well, here's hoping it's made of chocolate like those in these series of Harry Potter spell...

Home Depot is following up the spooky success their 12' Skeleton from last Halloween not only with even more 12' Skeletons for this year, but the all-new 12' Inferno Pumpkin Skeleton with LifeEyes (i.e., LCD eyeballs...