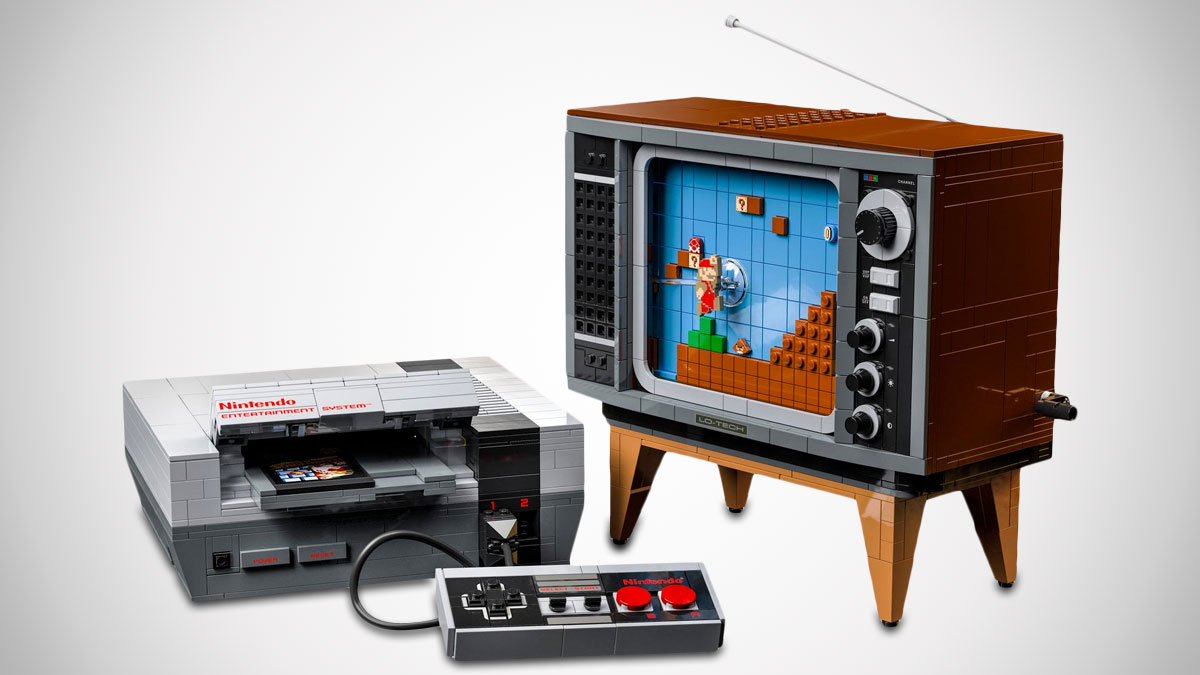 Complete with insertable Super Mario Bros. cartridge. Don't forget to blow first. LEGO's Nintendo Entertainment System drops on August 1, 2020, and even as someone who's not a Zack, Zack LEGO Maniac I gotta say, LEGO has done the NES right.

The set is equal parts nostalgic and modern, a LEGO display piece whose ultra-realistic console and campy companion TV with antenna analog controls levels up, if you will, typical LEGO takes on pop culture items. Unlike, say, LEGO Stranger Things or the Friends Central Perk LEGO set, the LEGO Nintendo Entertainment System gives builders a final product that's doesn't just look like a pile of bricks stacked into a trendy model or scene.

I give LEGO similar props for their LEGO Art, buildable posters that also come with soundtracks. It seems like the company is taking some steps towards expanding its appeal to a new demographic. The sophisticated geeks. The hipsters. Dad.

The LEGO Nintendo Entertainment System is a 2,646-piece model building kit. It includes the brick-built NES with workable opening slot, a Game Pak you can slide in the slot, a controller, and its connecting cable and plug. You'll also get the buildable 8" tall x 9" wide 80s TV depicting 8-bit Mario on the hand-operated scrolling screen, and an action brick to scan with the LEGO Mario minifig (not included) to activate some more nifty interactive features.