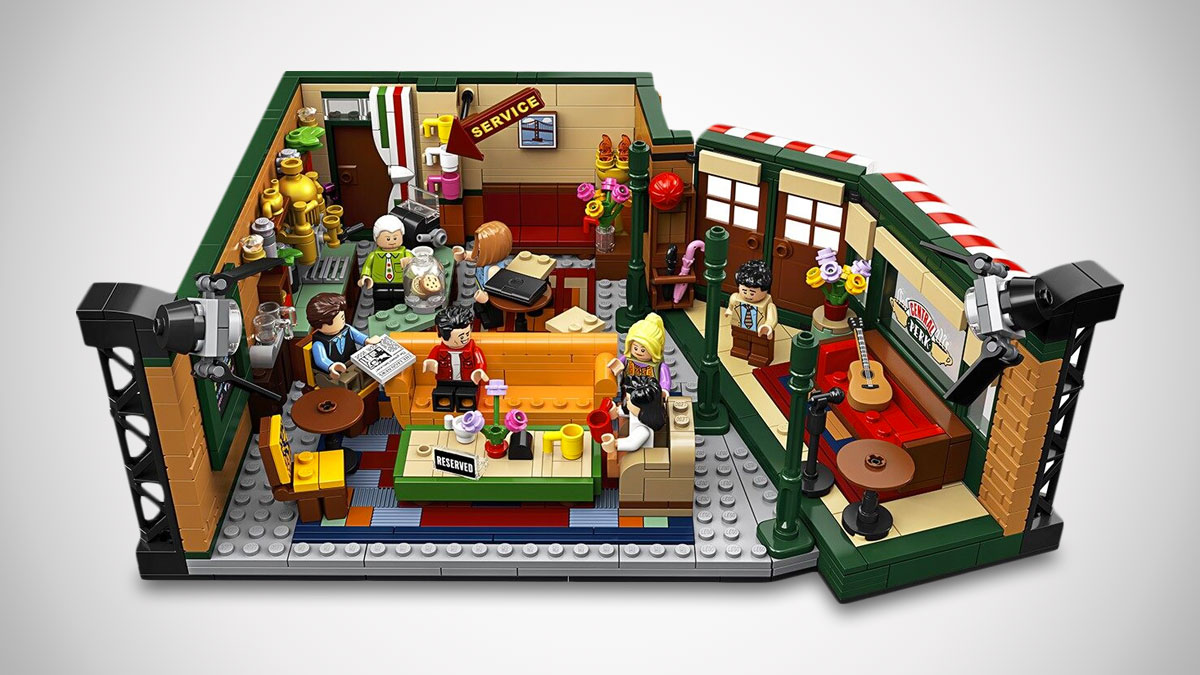 Unlike Rachel and the rest of the Friends gang, LEGO's Central Perk Friends collectible set didn't even forget Gunther!

The Friends Central Perk LEGO recreation, though, is built, packed, and ready to drop on September 1, 2019. (The show's official 25th anniversary is September 24.)

The Central Perk interior is loyal recreation of the Friends' set, including the cozy seating area the gang never seemed to have a problem securing in the middle of one of the busiest cities on earth, and the stage where Phoebe performed "Smelly Cat."

If you need a gift for a Friends-obsessed Friend, look no further than the Central Perk LEGO set. (However, if you need a gift Friends Joey Tribbiani and Chandler Bing would give to their friend, check out my list of the best gifts according to your favorite TV characters.

Friends Advent Calendar: The One With the Surprises

What goodies lie behind the doors of the 2020 Friends Advent Calendar: The One With the Surprises? Miniature versions of a gold peephole cover, a turkey wearing sunglasses and a fez you can use as Christmas tree ornaments?...

You just spent nine...hundred hours putting that master-level LEGO set together, so Wicked Brick figures one of their display cases might be in order to protect and show it off...