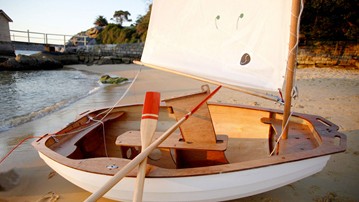 I was going to call this roundup of the 14 best DIY build kits "America's Next Top Models," but I realized a lot of the finished products all you fine makers and builders are going to end up with aren't models at all, but real, working pieces of gear and tech.

And also, yeah, I figured Tyra Banks would send me a cease & desist letter.

So DIY kits it is. My collection includes some nifty gifts for kids, a few more complex builds for the experienced and wizened, and many DITogether options in between.

Note: DIY build kits are priced as they were at printing. Pricing, and availability, are subject to change.

I think I'll focus on the "+" designation in the Nintendo Labo Robot Kit for Switch's suggested age range of "6+." Both it, the Labo Toy-Con 03: Vehicle Kit, and the Labo Variety Kit debuted in 2018, and even though they're seemingly geared toward children, I'm pretty sure building a cardboard robot costume, sticking a Nintendo Switch Joy-Con controller inside, and then wearing it to smash buildings in a video game is an activity members of many generations can enjoy.

The Tiny Arcade DIY Kit is built around modular, Arduino-compatible platform TinyCircuits - itself no bigger than a quarter. The TinyCircuits click together like LEGOs and pair with an analog joystick and 2 push buttons, plus a built-in speaker for audio (and you can also use a Tiny Arcade to play videos at 30 FPS), Lithium battery, USB charging port, and microSD expansion slot.

Arckit's architectural model building kits are all based on real contemporary building techniques, and crafted with budding architects in mind. Kits for ages 14 & up come with between 200+ and 400+ interconnecting modular components, and while there is an instruction manual for completing the building on the box, Arckit encourages Frank Lloyd Wright-level creativity in designing, building, and modifying standard structures to suit your vision.

Although building a Porsche 911 1:4 scale working flat-six boxer engine won't get you any closer to owning or driving a Porsche 911, this 280+-piece model kit will give you detailed insight into what makes the coveted sports car rev. Plus, engine model assembly is suitable for anyone ages 10 and up, so it could be a swell way to spend some quality time with your kids.

The Porsche 911 replica engine is motorized, with a transparent casing so you can see all the moving parts when you turn it on. Engine sounds complete the effect.

The Flight Starter is a mechanical paper airplane launcher kit from UGEARS. While known for their skeletal, steampunk-style kinetic wood models, the Flight Starter is one of the company's few kits that's useful as something other than a neat build and desktop toy. Think of it: a hand catapult to ensure your paper airplanes don't nosedive after a foot of airtime. This isn't just a functional tool for life, it could be your newest piece of EDC!

Never touch a dirty surface or handle a dirty item again! This Wooden Robotic Hand is another project Wood Trick has up its sleeve. Most of their 3D wood models are geared towards kids as tablet and video game alternatives that will promote their "comprehensive brain development." The Robotic Arm is recommended for ages 14 and up, but will probably serve the "and ups" just as well, if not better, than the teens who are more interested in posting challenge vids on Instagram and playing Call of Duty. But you. Think of the fun you'd have whipping out a Wooden Robotic Hand to assist with a presentation at work! Or to assist with tickle time in the bedroom!

In September 2020 LEGO is releasing a series of buildable brick pop culture posters, each with an accompanying soundtrack. They're calling them LEGO Art. Here's hoping their interpretations of Andy Warhol's Marilyn Monroe, The Beatles, Marvel Studios' Iron Man, and Star Wars' The Sith build into home decor and play as jams more inspired than LEGO's name for them.

LEGO has sneak peaks of all 4 LEGO Art creations available for viewing on their website, as well as samples of the soundtracks that will come with them. The LEGO Art mantra: "Listen - Build - Relax."

Designed by Keith Newstead these DIY Automata Paper Machines are fun and educational crank mobiles that require no tools for assembly except dexterity and glue. So terrific gifts for kids 7 and up who have moderately developed fine motor skills, and have stopped eating the Elmer's.

Each finished Automaton stands around 14" tall, with a turn of the crank putting on a show of its characters going through motions such as skiing (reindeer), flying a plane (man), and eating a live sheep (Big Bad Wolf).

This isn't just a scaled down drop saw model for your doll house. H-King's DIY kit assembles into a fully functional mini drop saw, complete with an 80mm saw blade and brushed 12V motor. You can even use it to build finishes and furniture for your doll house.

This Power Tool Jr. saws through light timber and plastics, thin fiberglass / FR4, and thin carbon sheets and rods with pretty speedy - and accurate - crosscuts. If you've got your maker skills mastered, you can put it together in less than an hour, and hook the saw up to either a 3S battery or 12V power supply to run it.

And now it's in me / always with me / tinyTesla in my hand... Master the tinyTesla Musical Tesla Coil Kit, and you'll make yourself a summer science project, a light show, and an Elton-John-MIDI-slaying machine all in one.

Like its papa version, the oneTeslaTS, tinyTesla is an SSTC kit - Solid State Tesla Coil for those out of the electrical acronym loop - that comes with all of the parts you'll need to assemble a palm-size coil that shoots sparks up to 4" long. (Note: size is given for reference, not as a suggestion of where you should hold the tinyTesla while its sparks are shooting.) The device also has USB connectivity for laptop plug-in so completed coils can play MIDI files using the sparks themselves.

RePhone is for makers. True to its parent company Seeed Studio's ethos, the open-source modular phone kit provides a gateway for the inquisitive to "grow inspirations into differentiating products." With RePhone you'll be able to go the simple, direct route of building your own phone using slim modules, accessible software, and customizable phone enclosures. You'll also be able to forge your own path from there, using your RePhone's GSM and 3G capabilities to hack anything around you. When Buttercup orders the immediate addition of cellular communication to her pets, plants, toys, motorcycle helmet, or drone, some will tell her it's inconceivable. But farm boys with RePhones will just say, "As you wish."

I was going to get my 14-year-old nephew one of these Mechanical Wooden Clock Kits last Christmas, but then I remembered they don't teach kids how to tell analog time anymore so he wouldn't even be able to read it. I also took one look at the photo of all the clock's pieces and realized he would just make my sister and brother-in-law do the whole thing for him like he does all his science projects and dioramas of Native American life. So I guess if you're looking for a gift for a teenager, it's better to go for something with a controller and accompanying app. But if you need something for an adult who's a DIY kind of a guy, the Mechanical Wooden Clock Kit is pretty sweet.

The one thing I know about Kotobukiya's Zoids is that even if naughty boys and girls receive them as gifts, only good - as in skilled and nimble-fingered - boys and girls will get to play with them because these ligers and tigers and Geno Saurers aren't just models, they're Highend Master Models (HMM), and they're motherf'ing hard to put together.

Each HMM Zoid kit contains the makings of an intricately detailed, posable 1/72 scale mecha from the Zoids franchise, including Liger Zero, Great Saber, Command Wolf LC & AC, and Berserk Fuhrer. They are recommended for anyone 15 and up with the patience of...someone way more patient than I am. I won't even spend more than 10 seconds trying to think of a good metaphor.

If sailing a boat isn't tough enough for you, might I suggest trying your hand at building the boat first? Hey, have you ever heard the one about McGregor the boat builder?

Carry the SOL Origin Survival Kit, and the next time you're up shit creek it will supply all the tools you need to build a paddle. Small enough to fit in the palm of your hand, the survival kit is housed in an indestructible...