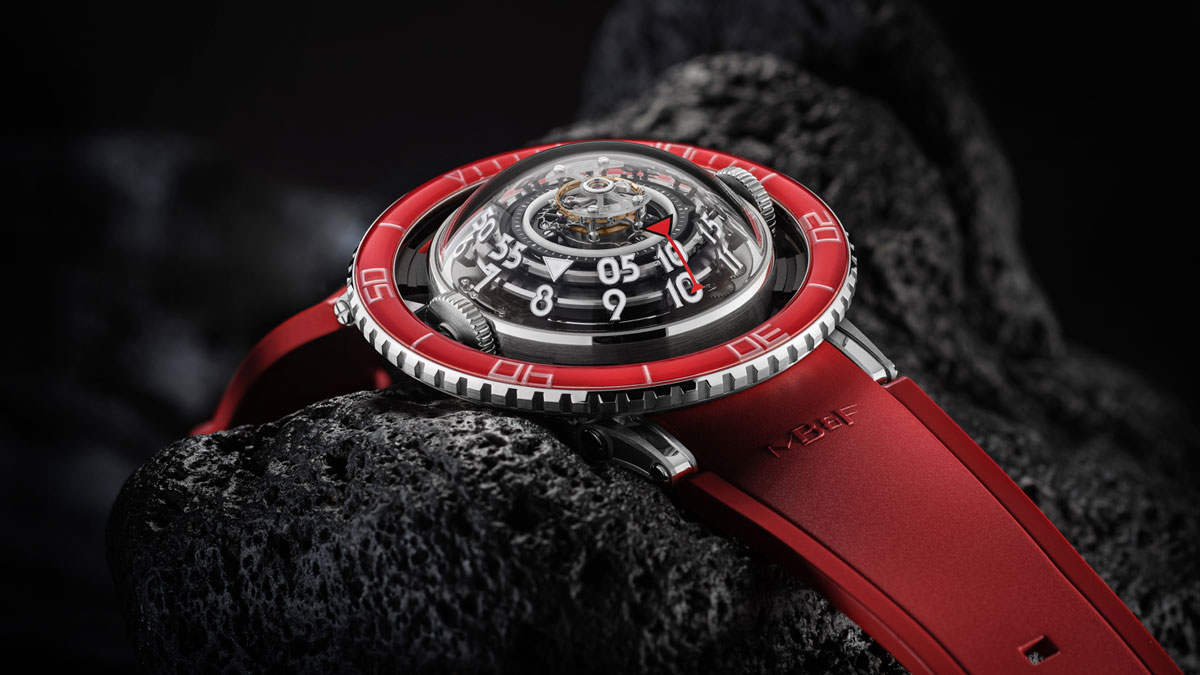 Are you ready to let the tentacles of time ensnare your wrist? The HM7 Aquapod is luxury watchmaker MB&F's jellyfish-inspired wristwatch. What's so jellyfishy about this timepiece? Well...not much, unless you're willing to indulge MB&F's esoteric, and highfalutin, explanation.

They say, "HM7 began its gestation as a horological jellyfish, and the architecture of its Engine is appropriately biomorphic. Where a jellyfish generates power from food caught in its tentacles, HM7 generates power from its tentacle-like automatic winding rotor." So, uh, basically, there are a lot of stacked circles in this watch. They grow smaller and stack higher as you move in, so the final product is an elaborate dome powered by an automatic winding rotor and central 60-second flying tourbillon MB&F compares to a jellyfish's top hood or bell.

Like jellyfish - plus a bunch of other watches - the HM7 Aquapod also glows in the dark. It lights up on its hour and minute numerals, around the inside of the movement, and along the winding tentacle rotor.

Jellyfish kin or not, the HM7 Aquapod is an admittedly stunning and unique watch, as are the majority of MB&F's designs. Remember the HM6 Space Pirate?

The HM7 Aquapod watch case is made of either grade 5 titanium, 18K 5N+ red gold, or Platinum 950. All are part of extremely limited editions.