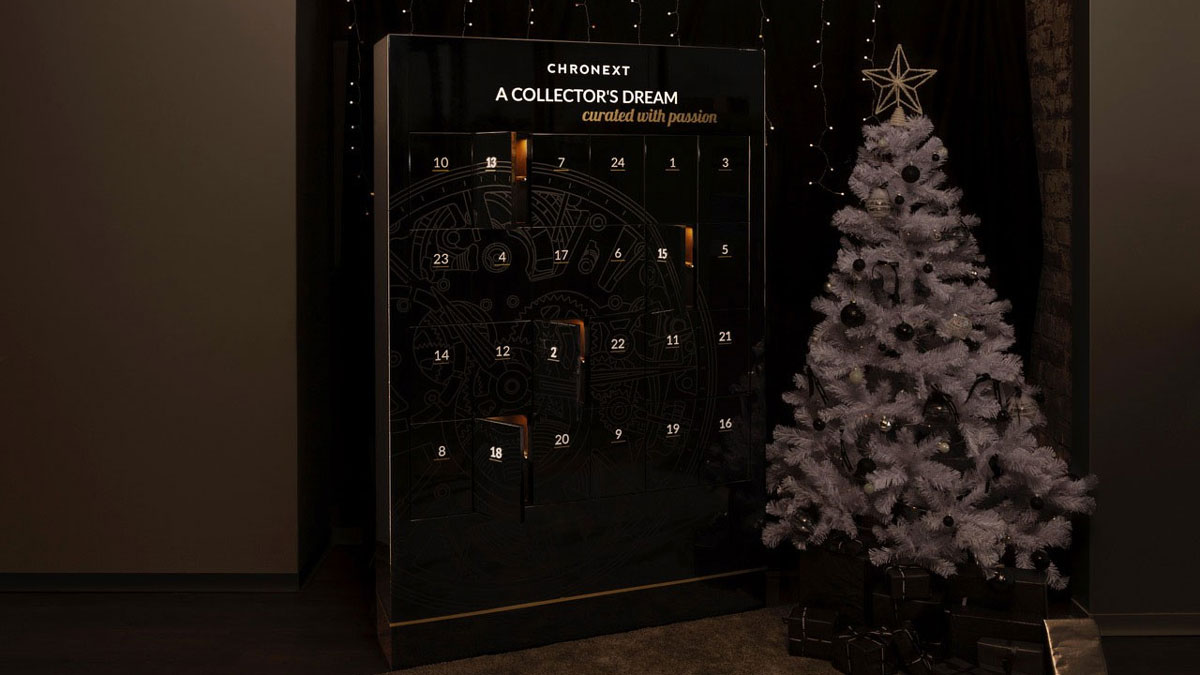 $2.6 million
from CHRONEXT »
Check It Out

If you want to know what the other 21 watches the CHRONEXT Advent Calendar holds are, and you're part of the 99.9999999% of the population that doesn't have a calendar of your own, you can follow CHRONEXT on Instagram, where they'll virtually open a watch door everyday.

URWERK certainly likes their sci-fi. Not just in designing the the Aggregat Odyssey, a limited edition take on their retro-futuristic UR-112 Watch, but also in describing it. Featuring a new titanium and steel fuselage...