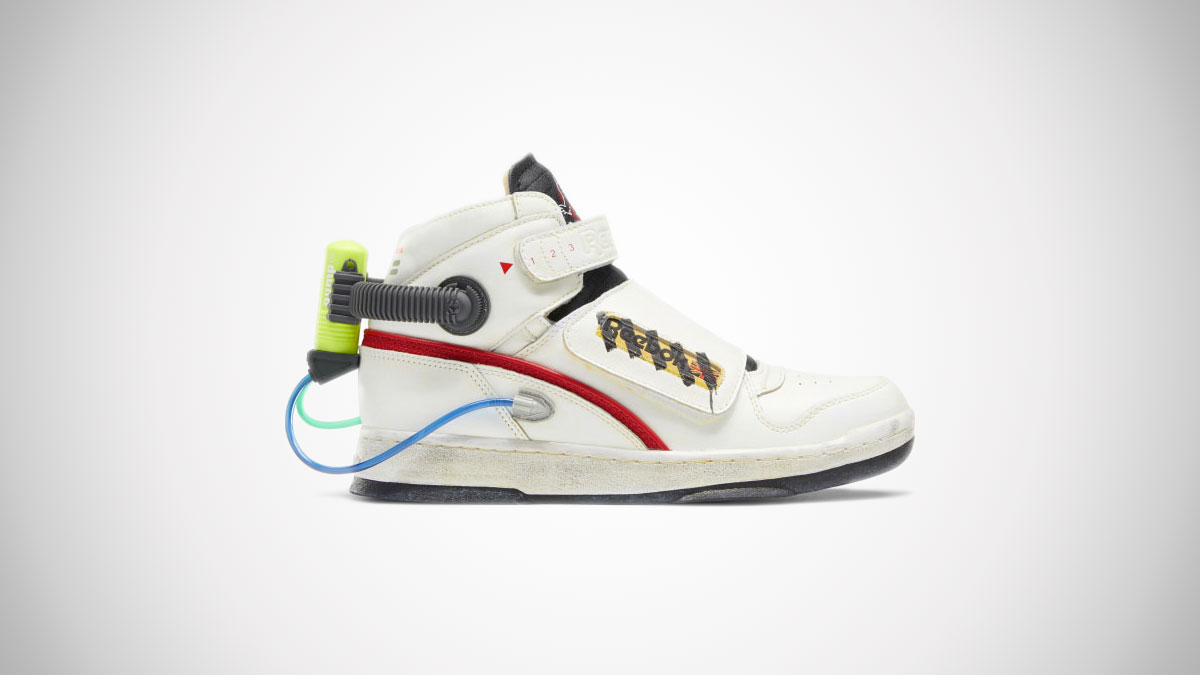 Inspired by the Ecto-1, the Ghostbusters Ghost Smashers Shoes (I have left out the loaded word for fear of She-Ra's wrathful retaliation - she is most definitely not a well-trained Kazakhstani wife) - feature a worn white leather upper, red stripe, and sweet detachable proton pack, all created in tribute to the 1984 Ghostbusters film. You know, the one with the men, not the women Ghostbusters.

The Ghost Smashers Shoes are comin' to Reebok town at the stroke of midnight marking Halloween 2020. Reebok's less decorated Ghostbusters Classic Leather Shoes, the latter of which do not have "Men's" in their title, but which I imagine will be available only in men's sizes, are set to release then as well.

Can you believe that June 7th, 2014 will mark the 30th anniversary of the original Ghostbusters movie? Heady stuff. I feel sorry for myself that I was alive on that release date. But not as sorry as I feel for those of...

Time Machine Rental.com will neither confirm nor deny the functionality of their DeLorean's flux capacitor, but they do make mention of animated interior interfaces and buttons and switches that light up like a Christmas...

What better to test out your Ghostbusters Proton Backpack and Ghost Trap replicas on than a Life-Size Slimer? The wall-mounted, ecto-green spectacle even thrusts fo

I know it's nowhere near Halloween, but it is close to Mother's Day. And as a piece of summer yard art, this Ghostbusters Ecto-1 Vehicle Inflatable is going to be the best gift for my mom. Who is in an all-out war with...

With the purchase of the Ghostbusters Ghost Trap and Proton Backpack replicas, my psychologically warped transformation into circa 1984 Bill Murray is one step closer to complete. Now all that's left is the laser recreation...