Do Not Draw a Penis Tea Towel 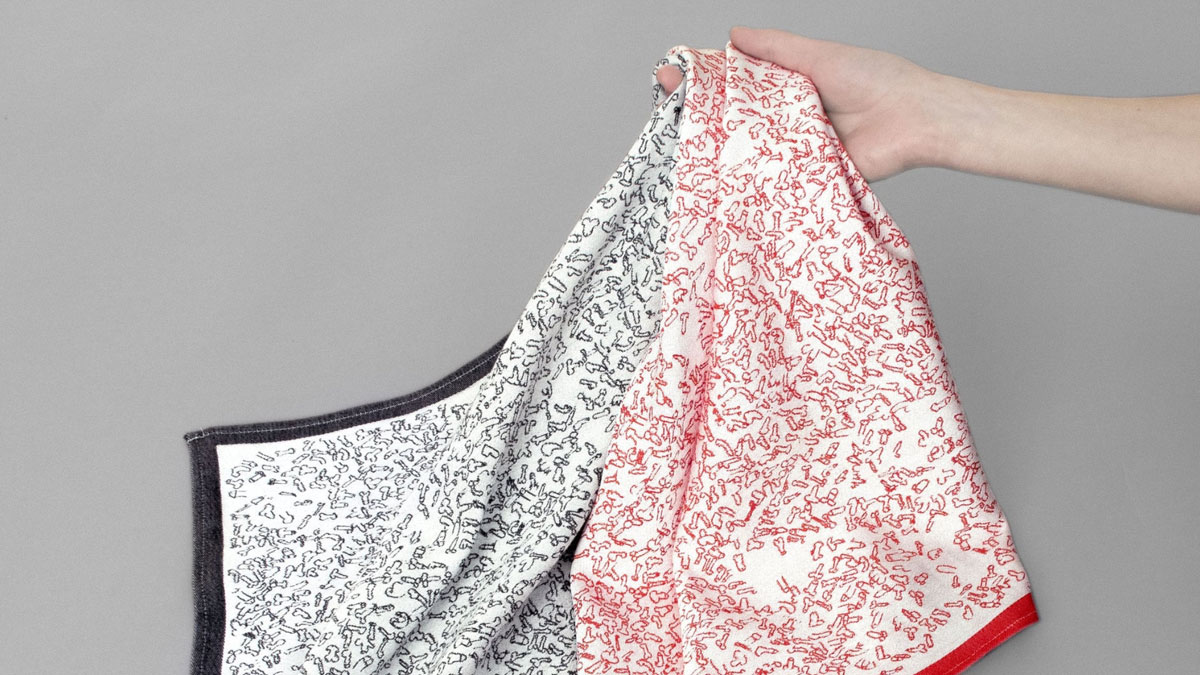 $24
from Studio Moniker »
Check It Out

What happens when you launch an online, AI-interactive doodle program called Do Not Draw a Penis? Yessir. You get yourself over 10,000 doodles of penises. Five thousand of which you consolidate onto these lovely red and black tea towels.

Some backstory: DoNotDrawAPenis.com is a digital drawing canvas that stemmed for a 2016 Google project called Quick, Draw! The latter paired users with a 20-second clock and an AI that would try to guess - repeatedly, with every additional mark added during the time period - what they were drawing. Moral compass of the world that they are, Google left out various "obscene" objects from its AI's database: boobies; vajayjays; buttholes; and, of course, great big dicks. When users drew one of the offenders, the AI would make only wholesome guesses no matter how accurate and realistic the doodle was.

Amsterdam design studio Moniker decided to have some fun with Google's dick doodle rules with their parody, DoNotDrawAPenis.com. Here any time someone tries to sketch a penis, the wise AI erases it. ... But not before saving a copy. Moniker has transposed half of the penises drawn against their rules onto tea towels, produced in collaboration with TextileLab Tilburg.

Muchas danke to The A.V. Club.

UFISH USA puts the following note about their Penis Fishing Lure at the end of the rod-for-a-rod's description, but I think it merits stating right upfront: "PLEASE NOTE: THIS IS NOT A SEXUAL TOY, THIS IS A REALISTIC...