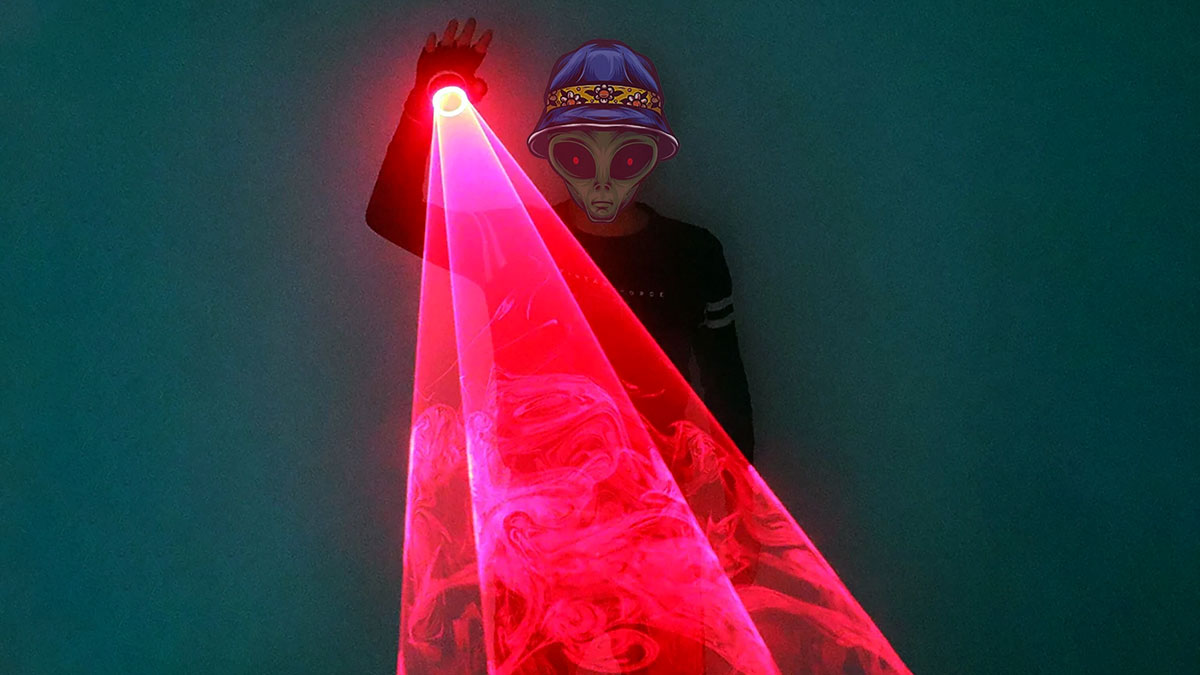 DJs, partiers, and aliens alike will dig holding a vortex in the palm of their hands while wearing these gloves. Each is fitted with one or more 450nm / 50mW lasers that produce intense spotlighting effects and beam-me-up circles wherever you point them. Light Up Clothing Store notes the vortexes appear best / most ominous when used where the fog machine is pumping, or in smoky environments. So, like, a festival or EDM show, or pretty much anywhere in California.

Laser Vortex Gloves are sold singly or as a set, and at printing Light Up Clothing Store had them available with red, green, blue, and some color combo lasers.

Yep, the Ark Lite Nebula Projector looks like some real Jodie Foster Contact material. Touch it and you'll almost certainly have a moving experience on an idyllic beach with an alien in the body of a beloved dead relative...