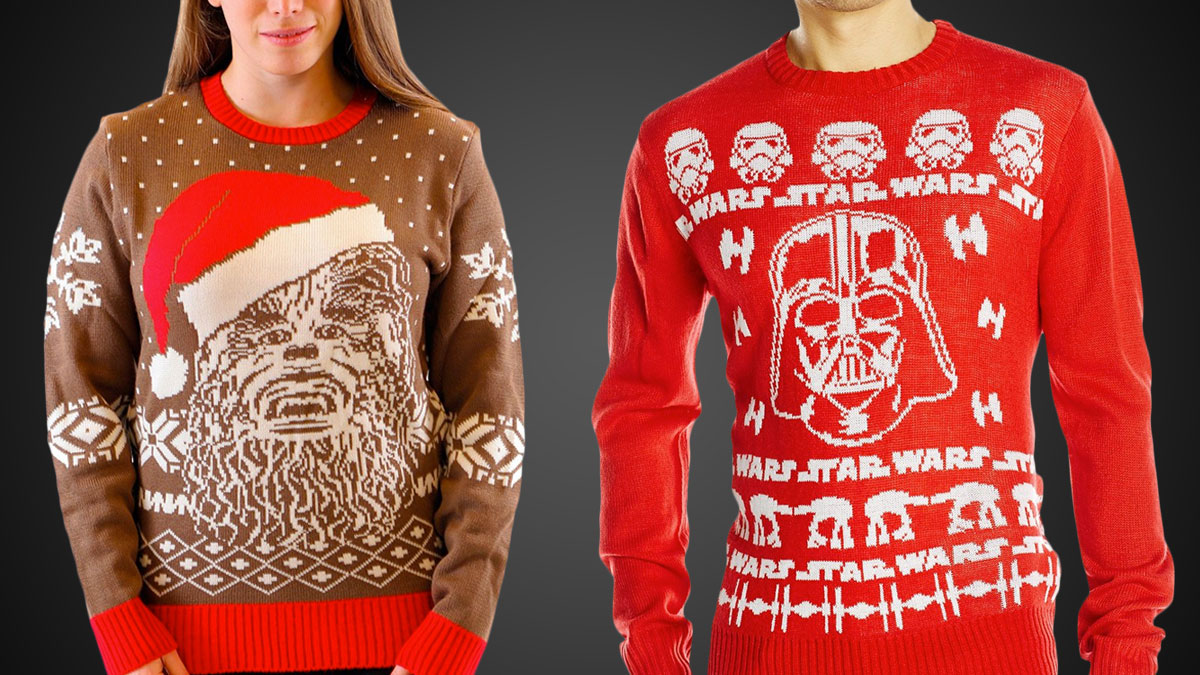 If Star Wars is on the Ugly Christmas Sweater scene now, I think we need to remove the "Ugly" modifier from the term. How about Star Wars Galactically Awesome Christmas Sweaters instead? Particularly the one spotlighting Chewie Claus, who's making his list as we speak of which good little Jedis are getting a Wookiee Bowcaster under the tree this year, and which Empire loyalists are getting a Wookiee Bowcaster up the....

The Star Wars takeover of America's favorite holiday party theme / wearable displays of irony spreads far and wide, from Kashyyyk to the Death Star and stormtroopers with antlers to Vader wishing his enemies a "Merry Christmas, you filthy Jedi Rebel."