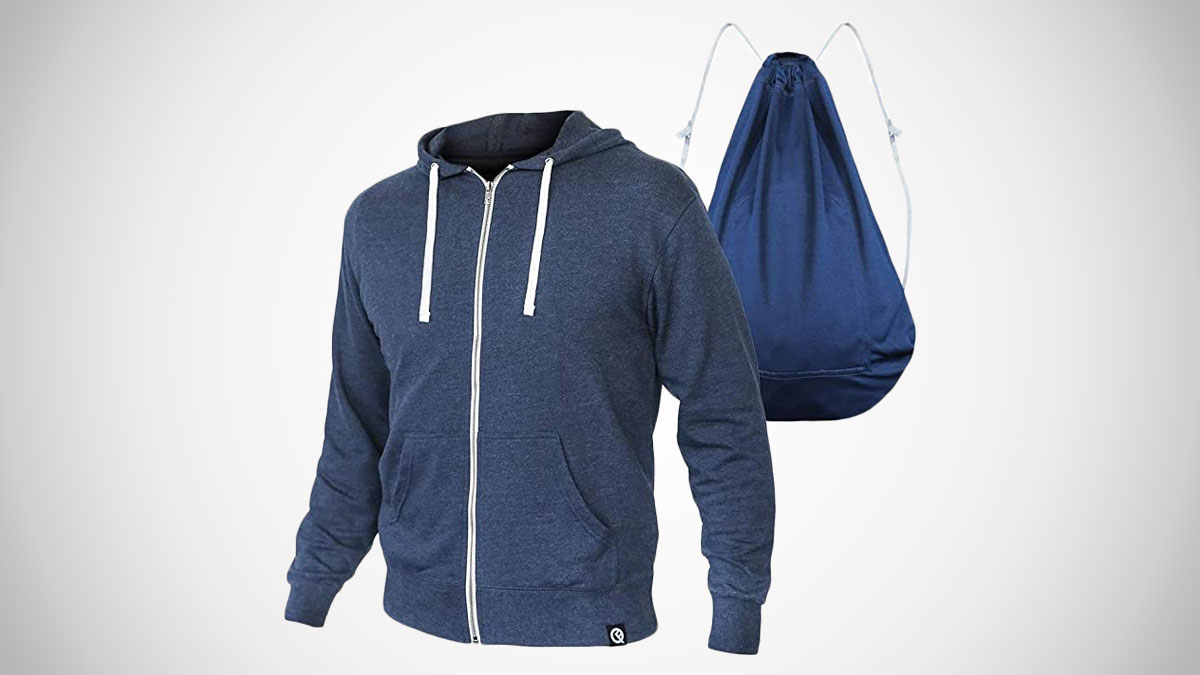 The Quikflip reversible backpack hoodie evolution began, according to creator Rener Gracie, because "As a third generation jiu-jitsu master and a lifelong athlete, I became increasingly frustrated with the lack of ways to carry an unworn sweatshirt." And that's crazy because I feel exactly the same way! Except instead of being a third generation jiu-jitsu master and lifelong athlete, my sweatshirt-carrying frustrations have stemmed from being too lazy to carry things, and husband to a wife who always nags him to take a hoodie because he's going to be cold, even though he is never cold, she is the one who's always cold.

So, yeah, Rener Gracie and I are pretty much the same.

The Quikflip hoodie shows no signs of its convertible powers during wear, with the backpack straps concealed behind a lightweight lining, and the sweatshirt itself looking pretty stylin', like a quality tailored zip-up. It's made of 8-ounce French terry fabric, medium weight for everyday leisurewear.

When things start to heat up and you want to shed the hoodie, Quikflip it in seconds into a cinch-sack-style backpack. The pack both gives you an alternative to tying the hoodie around your waist or shoulders (Quikflip terms them "The Fanny Pack" and "The European Yacht Club" respectively) and provides extra storage space via 2 separate compartments. One is larger for additional (i.e., your wife's) clothing and the other sized for keys, wallets, and phones.

Friendly Quikflip Reminder: don't forget to take anything you stash inside your hoodie-backpack out before Quikflipping it back to a hoodie-hoodie.