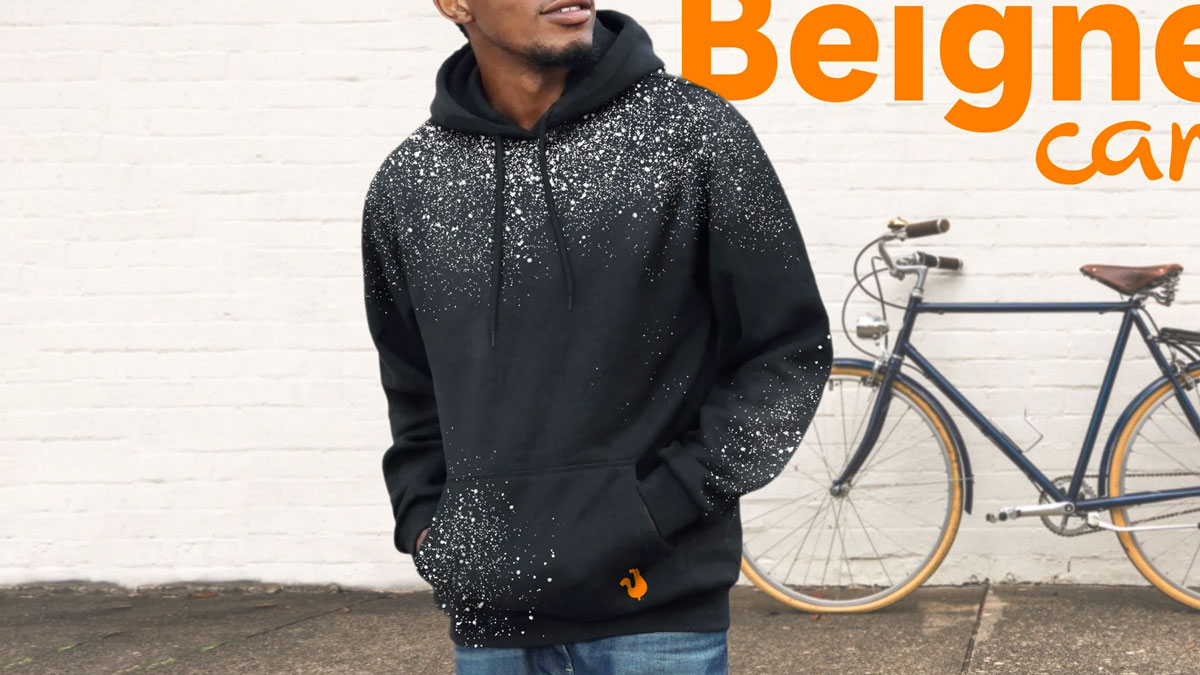 Watch out Desert, Digital, and Woodland, Popeyes is bringing Beignet Camo to the world of military fatigues. OK, maybe more like the world of fashion fatigues. OK, fine. The world of slouchy slacker hoodies. The Popeyes Beignet Camo Hoodie is a brand new addition to the That Look from Popeyes store, released in conjunction with the fried chicken chain's Chocolate Beignets.

Popeyes is, of course, a fast food icon out of Louisiana, so deciding to add Chocolate Beignets - chocolate-stuffed, powdered-sugared-doused fried dough pillows that are themselves a culinary icon of the state - to their dessert menu should have been a no-brainer. The hoodie, though? Made to disguise the inevitable mess of powdered sugar you'll snow upon yourself every time you eat a Popeyes Beignet? That's genius.

And "Beignet Camo" might be my favorite term of the year. Maybe Popeyes, or other food chains, could follow it up with Tabasco Camo, Meat Grease Camo, and Sauce is the Boss Camo.

Both the Beignet Camo Hoodie and the Chocolate Beignets themselves are limited editions from Popeyes, so get your fingers clicking, digging in, and dusting your delighted self in white while supplies last.