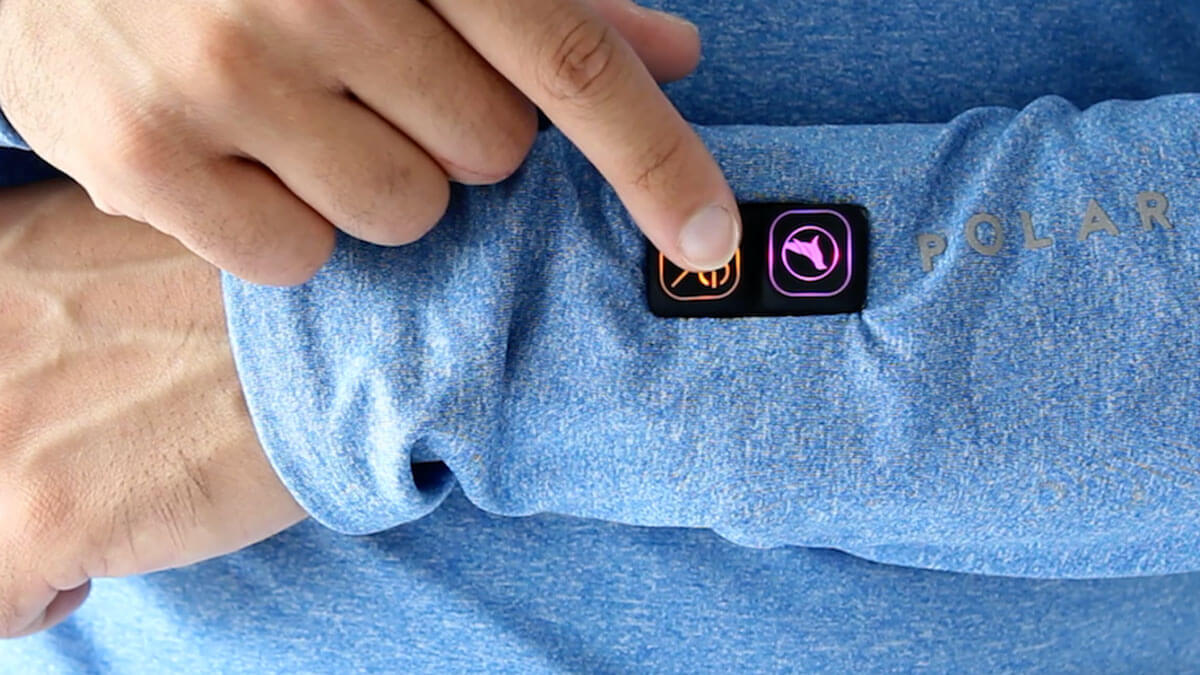 Baby it's...beyond cold outside. Polar Seal is a forthcoming line of heated tops whose built-in warming elements are designed to heat you to a level of comfort (or at least negative temp bearability) in just 10 seconds. A pair of buttons on the Polar Seal sleeve allow you to control how hot you fire the shirt, and where you send the heat.

Sold in men's and women's half-zip, sporty styles, Polar Seal tops are obvious gifts for athletes and anyone going on a winter adventure outdoors. But they're also good choices for people who are always cold. Even inside. And especially while sitting at a desk in an office run by a cheap little man who will not pay to raise the thermostat above 65. "Hey," he says, "it's still more than three times as warm in here as it is out there, so quit'cher bellyachin'."

Polar Seal's ultra-thin, flexible heating elements run through 2 heating zones in the shirts, one at the upper, and one at the lower back region. Wearers can activate one or both with the first button on the sleeve, and then choose between 3 levels of heat with the second. Max output is 122 degrees F.

The buttons themselves are made from shock- and waterproof rubber, and are LED-lit for visibility in the dark. You can wash a Polar Seal garment, but not in the machine with the the rest of your sweaty ski clothes. They need a hand job. That's a bummer.

Heating elements require an external 5V compact USB power bank of 2A or more (5,000 to 10,000 mAh) which you insert in the top's left pocket and connect to the and connect to the USB plug inside. Another better: you have to purchase the power bank separately, but Polar Seal claims this is a bonus, not a bummer, because you can choose the brand, size, and capacity you like.

Polar Seal ran a successful crowdfunding campaign in 2017, and expects to begin shipping their men's and women's heated half-zips at the end of January 2018. At printing, they were taking pre-orders with free worldwide shipping.

WorkRobe - Business on the Top, Comfort on the Bottom

The WorkRobe is for working (from home) women who don't want to put on a stiff collared shirt or itchy sweater for one stupid Zoom call. Or, worse, to sit around stiff and itchy on video conferences all day long. Coined...

Vollebak's latest inspiration: landfills. The Garbage Sweater is woven from old, discarded firefighter suits and bulletproof vests - items that, having outlived their useful life, were headed to die in the dump. So in...

Hydrophobic. Seems like it would mean afraid of water, doesn't it? Well it does. But in this case, the hydrophobia is a good thing, not a buzzkill like it is when someone invites me and my friend Cornelius to go windsurfing...