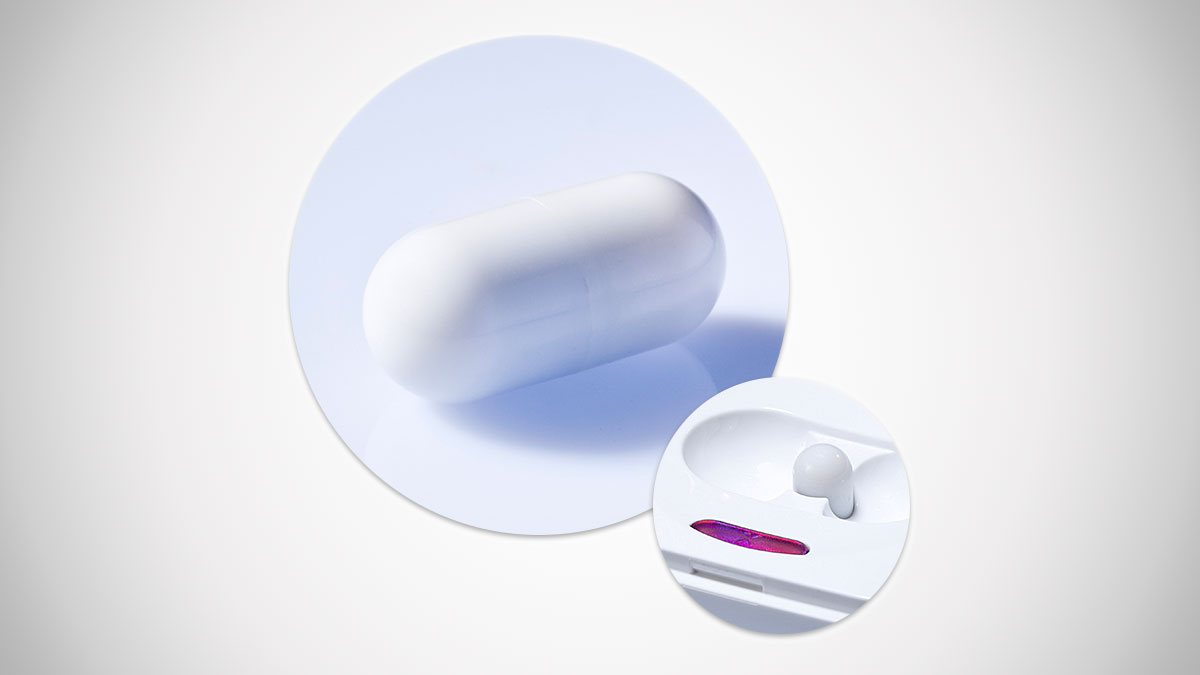 I mean, how did Vibrant figure out that swallowing a vibrating pill could create an internal laxative effect? Be honest guys. Someone swallowed one of those bullet vibrators and came in for emergency surgery and a pants full of poo, didn't they? And you were like, Dammit, not again! But...always with the poo. The vibrator...and the poo. Hmmm....

Though not yet available in the US, the Israeli-made Vibrant Capsule has undergone full development and study through phase II testing with the undeniable effect of curing constipation through vibration. It's a pill with a classic casing, but instead of drugs and chemicals inside, it has a data receptor that receives information from a base unit to make it begin vibrating. That movement induces peristalsis, the natural constriction / relaxation of your intestinal walls that create wavelike movements, pushing your poop along and out the back door. So, yep, the Vibrant Capsule is yet another way a little vibration can assist in your efforts to get some motion in the ocean.

And I thought Smooth Move Tea was the king of laxatives.

Once swallowed, the Vibrant Capsule moves into the large intestine and, after prompting some spontaneous bowel movements, gets sucked up in the shit storm and washes right out of the body. According to Vibrant, a study of 28 chronically constipated patients using the Vibrant Capsule saw a mean increase of bowel movements of 1.6 per week, with the average rising from 2.19 to 3.79. There were no side effects.

Eating that 28-ounce porterhouse with a bloomin' onion side: not a smooth move. Drinking an all-natural herbal tea with natural laxative properties for relief: Smooth Move...

The Pooping Please Come Back Later doorknob sign is an obvious must-have choice for the bathroom door, but seller Graphics and More just made me an even bigger fan of the twist on Do Nut Disturb hangers by showing one...