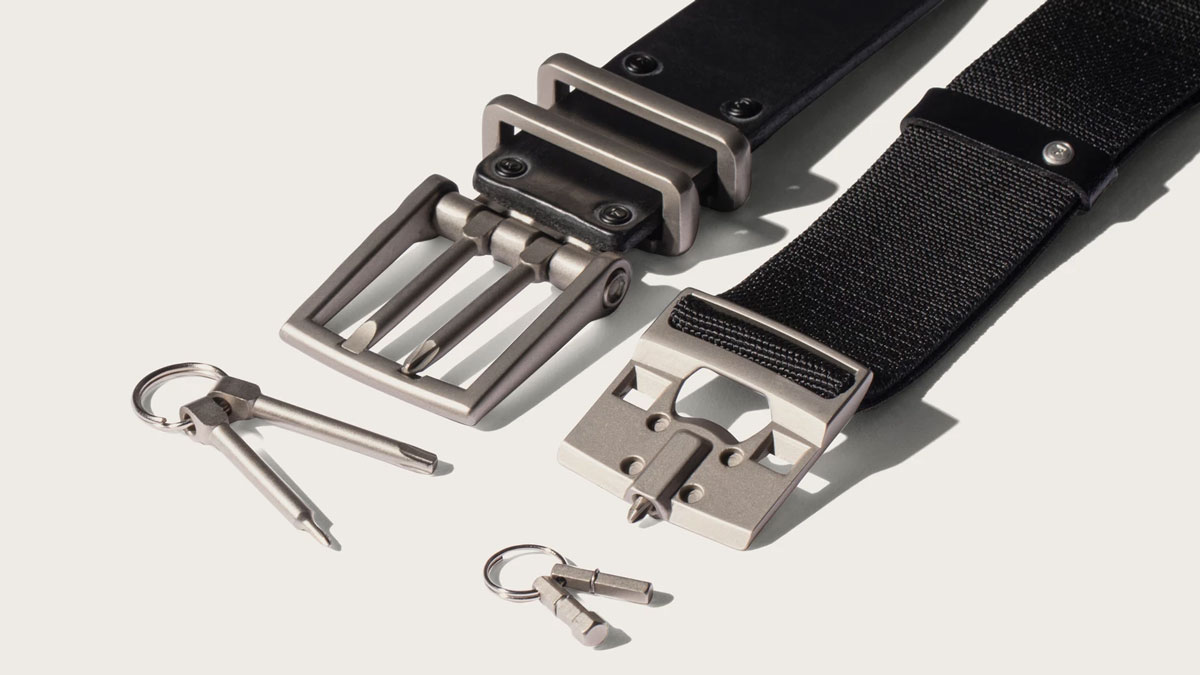 Westwell isn't the first handycompany to sneak tools into the buckles of their fashion belts, but they are the first I've seen to make the tools modular and swappable, as well as with an option to keep them completely hidden during wear.

Sync II and 686 tool belts respectively feature a multi-tool buckle and a buckle whose prongs and loop have been hybridized into tools. Westwell modular tool belts come in two styles, the Clicker and the Voyager. The Clicker is a stretch nylon belt with a magnetic closure system that houses its "tool box" inside the buckle, unseen when latched. It comes with a Philips screwdriver, a bottle opener, and your choice of tool kit - containing Allen keys or additional screwdrivers.

The Voyager belt follows the 686's model, and houses its tools in the belt prongs. It comes standard with several modular tools, wrenches, screwdrivers, and a bottle opener. You'll also have a choice of a custom tool kit to change out the belt's tools.