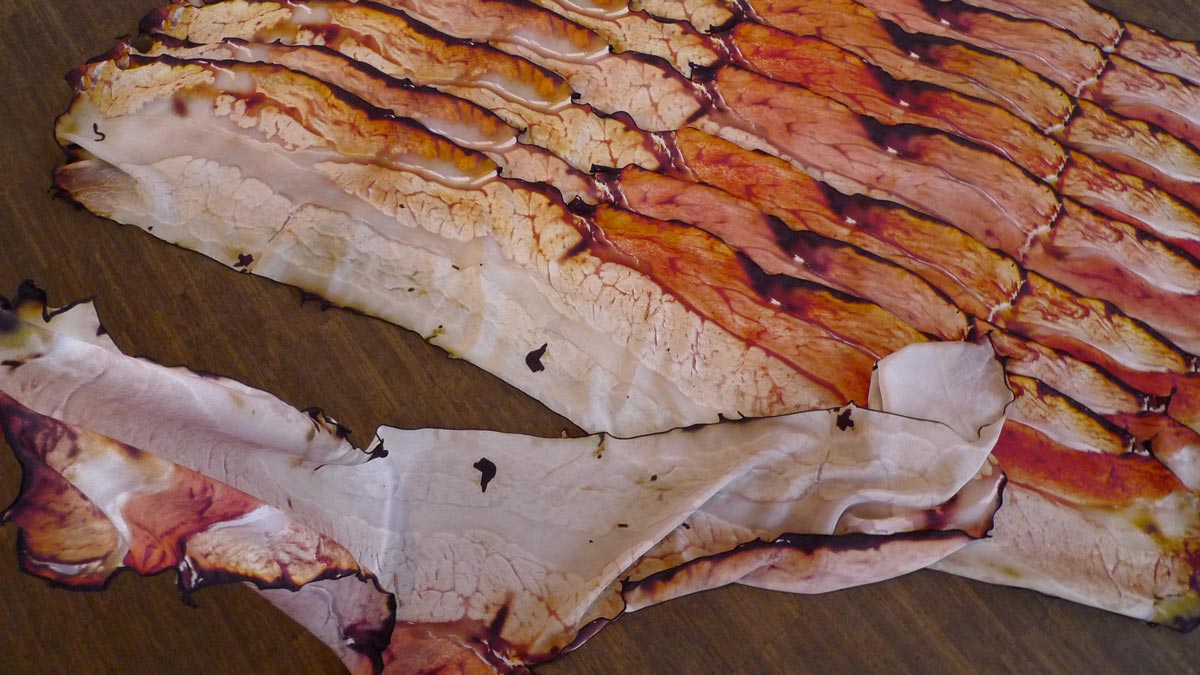 100% silk Crepe de Chine for the fingers, 100% thin-sliced Mangalitsa pork belly for the eyes. Natalie Luder's Fou Lard is a bacon scarf through and through. "Foulard" is the French word for "silk scarf" and "fou" alone the language's word for "insane". Ergo, with its photorealistic visuals and homage to mankind's greatest culinary creation, this Fou Lard bacon scarf is one crazy piece of pig fat.

Fou Lard bacon scarves are digitally printed and unravel from their butcher's paper to around 71" long.

#BreathableBacon and the Hormel bacon-scented face mask it refers to are, surprisingly, one of the least surprising hashtags and products of 2020. Honestly, the sexy (and elusive! More on that later.) Hormel Black Label...